Study on COVID-19 and young adults finds decreases in drinking, but spikes in mental health symptoms, especially in women

In one of the first longitudinal studies on COVID-19’s psychological effects, a McMaster University-led study found notable drops in alcohol use, but significant worsening of mental health, especially in young women and those experiencing a major income loss. 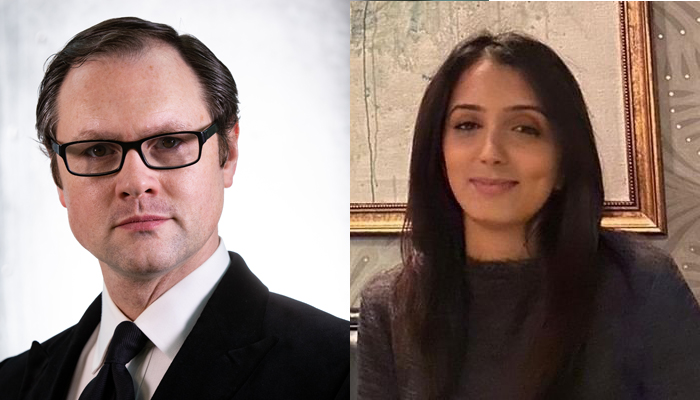 In one of the first longitudinal studies on COVID-19’s psychological effects, a McMaster University-led study found notable drops in alcohol use, but significant worsening of mental health, especially in young women and those experiencing a major income loss.

Researchers assessed 473 people in their early twenties from June 17 to July 1 of last year, when the province was under major public health restrictions. The results were compared to pre-pandemic data gathered in late 2019 and included drinking habits, alcohol-related impacts, and mental health indicators.

Significant reductions were observed for binge drinking episodes and negative alcohol consequences, although the number of drinking days per week did not change.

“We were initially surprised, but soon suspected that it was restrictions on socializing that brought down risky alcohol use in this age cohort” said Meenu Minhas, lead author of the article and a postdoctoral fellow at the Peter Boris Centre for Addictions Research of McMaster University and St. Joseph’s Healthcare Hamilton.

“Although this was a risky drinking sample, the participants were young people, who typically drink in in social settings. If you take away bars, restaurants, and group events, like parties, it’s not surprising that binge drinking in this group goes down too.”

“These results reveal the complexity of the pandemic impacts,” said senior author James MacKillop, director of the Peter Boris Centre for Addictions Research and a professor of psychiatry and behavioural neurosciences at McMaster.

“Although there have been a lot of reports of increased drinking, the reality is that subgroups in the population will respond very differently, in some cases with increases, in others with no change, or, in this case, decreases.”

The findings on mental health revealed the negative impacts of the pandemic.

Like the decreases in drinking, the authors conjectured that these increases may also be related to forced social restrictions a result of lockdowns and physical distancing measures put in place to combat COVID-19’s spread.

The rate of people living with roommates before the pandemic dropped dramatically and the rate living with family commensurately increased. According to MacKillop, “the pandemic appears to have resulted these young adults to move back in with their parents, leaving behind their social networks.

“Although these public health measures were important in controlling the spread of the virus, the benefits of social support and interaction, which often act as buffers against the effects of stress, have also been reduced due to the pandemic.”

A further longitudinal finding in the study was that individuals experiencing a substantial income loss of 50% or more, also exhibited a significant increase in depressive symptoms. This was not the case for an income loss of less than 50%.

As well, MacKillop said, “our study suggests that government strategies providing economic assistance may effectively act like an antidepressant when it comes to pandemic impacts on mental health.”

“Collectively, these results indicate the importance of critical thinking and considering population subgroups when it comes to COVID-19’s psychological impacts,” he said.

“Rather than uniform increases or decreases, it’s increasingly clear that subgroups will show very different patterns, including both negative and, in some cases, positive changes.”

The article was published in the journal Alcoholism: Clinical and Experimental Research, and the study was funded by the Canadian Institutes of Health Research.