Catherine Wiseman-Hakes and co-investigator Lyn Turkstra in McMaster’s School of Rehabilitation Science have been training law enforcement, lawyers, and court personnel to better understand the challenges of young people with TBI at all stages of the criminal justice system. 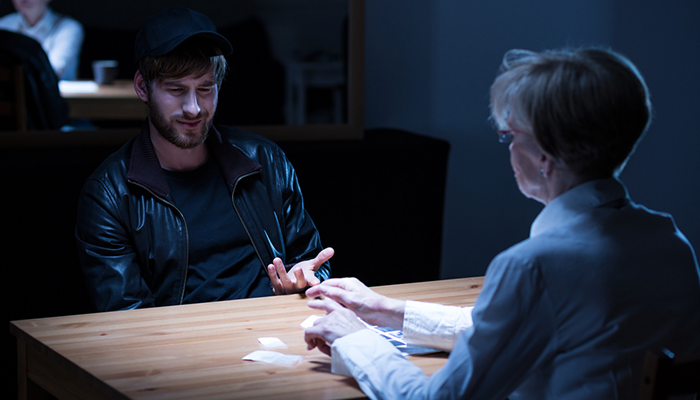 Traumatic brain injury (TBI) causes damage to thinking and communication skills that can leave survivors vulnerable to exploitation, misunderstood in the justice system, or homeless.

“Having TBI does not make someone a criminal, but it does increase risk of justice-system involvement,” said researcher Catherine Wiseman-Hakes, a clinician scientist specializing in TBI and clinical neuroscience at McMaster’s School of Rehabilitation Science (SRS).

“A positive outcome from TBI requires a combination of the right diagnosis and treatment, and family and societal support.”

A big part of that is addressing cognitive and communication challenges that a person with TBI may have for the rest of their lives.

Wiseman-Hakes and co-investigator Lyn Turkstra, SRS professor and assistant dean of the Speech-Language Pathology Program, have been training law enforcement, lawyers, and court personnel to better understand the challenges of young people with TBI at all stages of the criminal justice system.

“If a person with TBI does not have support for their cognitive and communication problems, then they do not have fair and full participation in the justice system,” says Turkstra.

To help get the word out, Wiseman-Hakes and Turkstra collaborated with videographer Kaitlyn Whelan to create a video tackling the issue of young people with TBI in the justice system, which has been viewed around the world. The video, sponsored by the Ontario Neurotrauma Foundation, may be found at: https://www.youtube.com/watch?v=UJq6VftF030

Knowing when a young person has a TBI and being able to spot the signs is key for police and courtroom staff.

For example, a young person who appears rude, unremorseful, or aggressive may in fact be displaying signs of TBI.

She recalled one client who suffered a TBI in a snowboarding accident, leaving him with a short temper.

He was arrested after being involved in a bar fight, and police attending the scene did not believe he had a TBI, saying he was just drunk.

Both Wiseman-Hakes and Turkstra said the personality changes caused by some TBIs can cause people to lose their old friends and associate with new ones who may be involved in dishonesty or crime that the person with TBI does not understand.

“Our takeaway message from the training is really for criminal justice personnel to ‘ask the question’. Could TBI be a reason behind the behaviour and, if yes, how can we best help that person navigate the justice system?” said Turkstra.

Wiseman-Hakes cited research from Toronto that found at least 50 per cent of homeless people have a history of TBI and most sustained those injuries before losing their homes. TBI in this population is sometimes misdiagnosed as a mental health issue, which can lead to inappropriate and ineffective treatments.

A typical sequence for people with TBIs becoming homeless is suffering an injury, losing their job, lacking support from family and friends, and ending up on the streets.

“Now they’re in a vulnerable population, unable to work and they end up on the margins of society,” said Wiseman-Hakes.

To help plug the gap in services, Wiseman-Hakes has partnered with the Ontario Brain Injury Association to form the Compassionate Justice Fund for Survivors of TBIs among Vulnerable Populations (CJF).

Launched in 2020, it gives bursaries for rehabilitative therapy and other services needed by TBI survivors in marginalized populations, such as victims of violence and abuse, those with concurrent mental health challenges and those in the justice system.

The CJF is also building a roster of clinicians willing to donate or pro-rate services to provide affordable care for such patients.

“This is the first-ever initiative that aims to bridge an enormous gap in services for TBI survivors in these marginalized and underserved populations,” said Wiseman-Hakes.

To learn more about the CJF, please visit https://compassionatejusticefund.org/who-we-are/.

Donations can be made at  https://www.canadahelps.org/en/dn/m/59408/donation.