Nadia Plach, who has helped transform Canadian palliative care services with an approach to leadership through ceaseless interprofessional collaboration, has been awarded the 2021 Elizabeth J. Latimer Prize in Palliative Care. 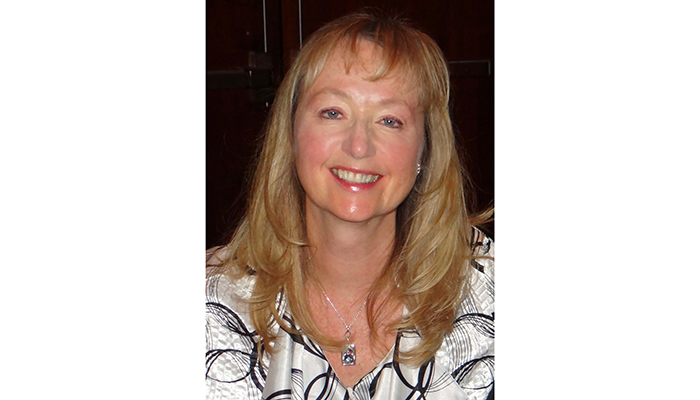 Nadia Plach, who has helped transform Canadian palliative care services with an approach to leadership through ceaseless interprofessional collaboration, has been awarded the 2021 Elizabeth J. Latimer Prize in Palliative Care.

In medical school, she saw a gap in knowledge that has propelled her career as a physician and made her a champion of interprofessional palliative care that begins in the classroom.

Before she was a family doctor and palliative care leader, Plach was a neuroscientist. She entered residency at McMaster University’s Department of Family Medicine with a recently completed PhD in neuropharmacology — the study of how drugs affect the nervous system — and she saw a distinct lack of practical information and tools to help physicians manage pain with their patients.

Filling that void became a passion for Plach, one that she carried to Oxford University for specialized training in pain management and to her work alongside pain management experts at Memorial Sloane Kettering Cancer Centre in New York City — always seeking knowledge and expertise to bring back to patients in Ontario.

“It was a big gap in medicine as well as other disciplines and it was exciting to pull together resources, a knowledge base, training,” Plach said in reflecting on her early work in palliative care. “It felt right, there was great enthusiasm.”

In 1986, while still completing her family medicine residency, Plach was tapped by McMaster professor and palliative care pioneer Elizabeth Latimer to start Hamilton’s second palliative care program at the Hamilton General Hospital. She saw Latimer had the philosophy of bringing people together.

“Liz had heard about my PhD work and interest in pain management,” said Plach.

In 2008, after many years splitting her time between that program and her own family medicine practice, Plach moved full-time to the team which started a new interprofessional palliative care program at Joseph Brant Hospital in Burlington. She now spends her clinical time fully with the Carpenter Hospice in Burlington, where she has worked since 2002.

Plach has always welcomed collaboration with anyone from any profession interested in supporting better palliative care and pain management for patients.

Along with colleagues, she advocated for better pain management and palliative training during medical school — training that was quickly noticed by other disciplines such as nursing and physiotherapy. Soon, learners from multiple professions were all sitting in the same classrooms and lecture halls at McMaster, learning the same approach to care together.

“A palliative approach to care, it’s everyone’s business,” Plach said about the work she has helped drive forward throughout her career as a member of many teams. “The future is collaborative. New clinicians should have a broad view of other disciplines and shared approach to patient and family care.”