A clinical trial that followed more than 9,900 people in 24 countries has found that the drug dulaglutide reduced cardiovascular events and kidney problems in middle-aged and older people with Type 2 diabetes. 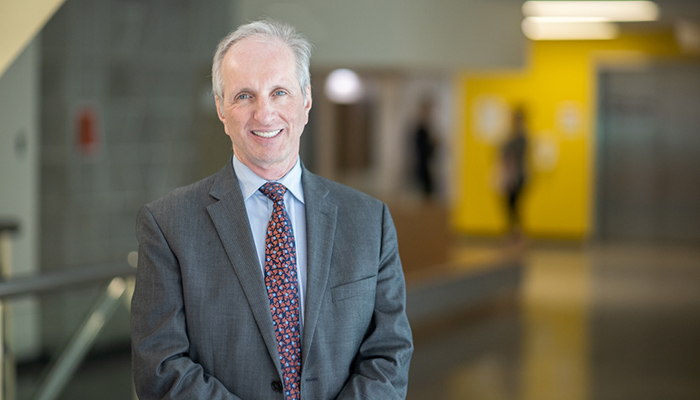 A clinical trial that followed more than 9,900 people in 24 countries has found that the drug dulaglutide reduced cardiovascular events and kidney problems in middle-aged and older people with Type 2 diabetes.

During more than five years of follow-up, cardiovascular events like heart attacks and strokes were reduced by 12% in people taking dulaglutide compared to people taking a placebo. This effect was seen in both men and women with or without previous cardiovascular disease.

In addition, during the same period, the drug reduced the development of kidney disease by 15%.

The trial was led by the Population Health Research Institute (PHRI) of McMaster University and Hamilton Health Sciences. Two papers describing the cardiovascular and kidney results of the trial were published today in the journal The Lancet from the study called the Researching Cardiovascular Events with a Weekly Incretin in Diabetes (REWIND) trial.

"Compared to others, people with diabetes have twice the rate of cardiovascular events like heart attacks and strokes, and up to 40% of people with diabetes develop kidney disease," said Hertzel C. Gerstein, principal investigator for the study, professor of medicine at McMaster and deputy director of the PHRI.

"The REWIND trial shows that dulaglutide can safely reduce these events while improving diabetes control and modestly lowering weight and blood pressure in middle-aged people with Type 2 diabetes."

Nearly one in five people over the age of 60 have diabetes and most have Type 2 diabetes. Altogether, nearly ten per cent of adults are living with diabetes, including 425 million people worldwide; 100 million in the U.S., and three million people in Canada.

Dulaglutide is a glucagon-like peptide-1 receptor agonist that is injected once per week. It is approved for glucose lowering and works by helping the pancreas release the right amount of insulin when blood sugar levels are high, slowing the emptying of the stomach after a meal, and reducing appetite and weight.

The REWIND trial was funded by Eli Lilly and Company, the makers of the dulaglutide drug Trulicity. The study was designed and led by a team of scientists that included representatives of the funder. The data were analyzed by scientists of the PHRI and the principal investigator had final responsibility for the papers.