Two respected leaders in their fields, one a journalist and the other a doctor, are being recognized with honorary degrees from McMaster University. Avis Favaro, the medical specialist​at CTV National News, and Anne-Marie Zajdlik, a family physician and HIV specialist, will be presented with the honour this week during spring convocation ceremonies for McMaster's Faculty of Health Sciences. 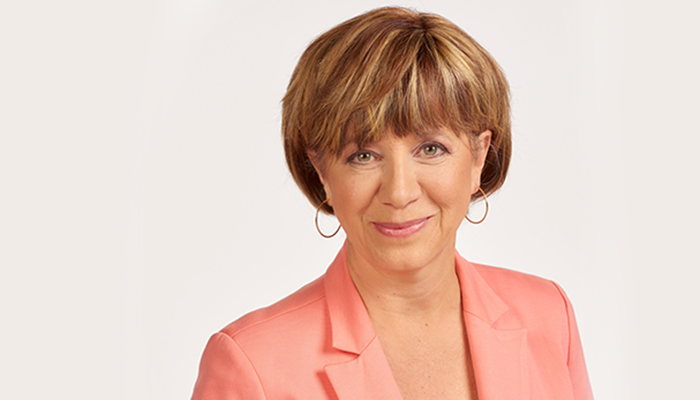 Two respected leaders in their fields, one a journalist and the other a doctor, are being recognized with honorary degrees from McMaster University.

Avis Favaro, the medical specialistat CTV National News, and Anne-Marie Zajdlik, a family physician and HIV specialist, will be presented with the honour this week during spring convocation ceremonies for McMaster's Faculty of Health Sciences.

Favaro is Canada's longest-serving television medical and health correspondent. She has a well-earned reputation for producing factual, in-depth health stories on topics that matter to Canadians.

"I was beyond surprised and so grateful to receive the news of this honorary degree," Favaro said. "McMaster is one of the top universities and medical centres, where we find many stories for our CTV National audience. To be selected by McMaster is probably the highest compliment a health journalist can receive."

Favaro said she looks forward to meeting members of the graduating class at the School of Nursing's convocation ceremony on the afternoon of Wednesday, May 23 at FirstOntario Concert Hall. She added that among her friends and family in attendance that day will be her 84-year-old mother, Lidia.

A total of 555 will graduate with a Bachelor of Health Sciences (Nursing) from the consortium program of McMaster University, Mohawk and Conestoga colleges.

Asked for a piece of advice to share with the graduates from the School of Nursing, Favaro emphasized the importance of lifelong learning.

"Enter the workforce with humility," she said. "Continue to learn from your colleagues and from your patients.  The real world of medicine requires you to adapt to people and shifting situations."

Zajdlik will be presented with her honourary degree at the Faculty of Health Sciences convocation on the afternoon of Thursday, May 24 at FirstOntario Concert Hall.

Zajdlik has made it her life's work to see the end of AIDS. The McMaster graduate is the founder and medical director of two provincially-funded HIV/AIDS clinics: ARCH Clinic Guelph and ARCH Clinic Waterloo, which provide HIV care to over 700 patients who reside in Guelph-Wellington-Dufferin, Kitchener-Cambridge-Waterloo and Grey-Bruce Counties.

She is the founding director of Bracelet of Hope, a charitable organization that she began in 2006 that works to see the end of AIDS in the country of Lesotho, in southern Africa. In its first two-and-a-half years, Bracelet of Hope raised $1 million in Waterloo region.

These funds supported the Ontario Hospital Association in their efforts to build the first HIV/AIDS clinic in Lesotho providing the clinic's 2009 operating costs and keeping 10,000 people alive on treatment throughout that year. Since then, the organization has gone on to fund six foster homes for children mostly orphaned by AIDS and a variety of other HIV/AIDS related programs through Bracelet of Hope.

A total of 545 physicians, midwives and graduate students of health sciences programs will receive their degrees at the convocation.

A full list of McMaster's 10 distinguished honorary degree recipients at the spring convocation ceremonies may be found here.