A new study from McMaster and York universities has found that poor muscle health may be a complication of Type 1 diabetes, even among active twenty-somethings. The research team analyzed muscle biopsies of young adults with and without Type 1 diabetes who exceed Diabetes Canada's recommended weekly levels for physical activity. 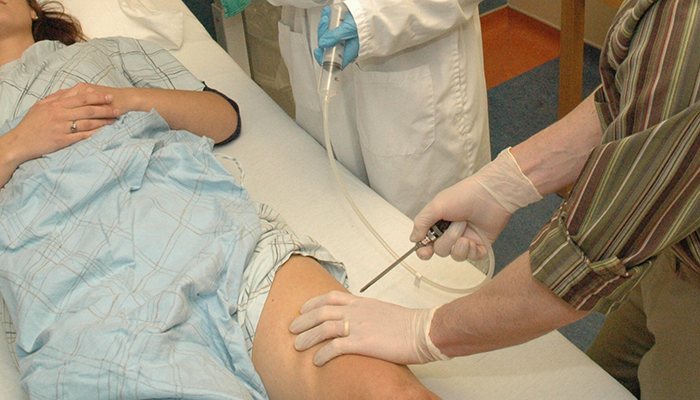 A new study from McMaster and York universities has found that poor muscle health may be a complication of Type 1 diabetes, even among active twenty-somethings.

The researchers found structural and functional changes in the power generation parts of the cell, or mitochondria, of those with diabetes. Not only were the mitochondria less capable of producing energy for the muscle, they were also releasing high amounts of toxic reactive oxygen species, related to cell damage.

These changes could result in reduced metabolism, greater difficulty controlling blood glucose and, if left unchecked, an accelerated rate of developing disability. The study findings add poor muscle health to the list of better-known complications of Type 1 diabetes, including nerve damage, heart disease and kidney disorders.

"Now we know that even active people with diabetes have changes in their muscles that could impair their ability to manage blood sugar," said Thomas Hawke, corresponding author of the study and a professor of pathology and molecular medicine at McMaster. "Knowing in the long term that this could contribute to faster development of disability, we can start to address it early on."

The paper was published today in Diabetologia, the journal of the European Association for the Study of Diabetes. The study may be found at https://link.springer.com/article/10.1007/s00125-018-4602-6

Christopher Perry, study co-senior author and an associate professor in kinesiology and health sciences and the Muscle Health Research Centre at York University, added: "Skeletal muscle is our largest metabolic organ and is the primary tissue for clearing blood sugar after eating a meal, so we need to keep muscle as healthy as possible."

With regular aerobic exercise, the amount of mitochondria in muscle increases, thereby helping muscle cells to use more glucose and become more efficient. Given this new data, Perry added that their study suggests that current guidelines for Type 1 diabetics may also need to be revised.

"We believe these dysfunctional mitochondria are what's causing the muscle to not use glucose properly and to also damage muscle cells in the process. We were surprised to see the muscles were this unhealthy in young adults with Type 1 diabetes who were regularly active."

Researchers say while further study is needed, revising evidence-based exercise guidelines, specific for those with Type 1 diabetes, may be required to keep them in the best health.

The team included researchers at York University, the University of Windsor and the German Center for Neurodegenerative Diseases as well as McMaster's departments of pathology and molecular medicine, pediatrics and kinesiology. Both Hawke and Perry are on the Board of Directors for the Canadian Society for Exercise Physiology.

The study was funded in part by the Natural Sciences and Engineering Research Council of Canada, the Canada Foundation for Innovation, and the James H. Cummings Foundation.