The inaugural holder has been announced for a nursing professorship established at McMaster University in recognition of a distinguished professor emerita. Denise Bryant-Lukosius has been selected for the Alba DiCenso Professorship in Advanced Practice Nursing. Her five-year term was effective July 1, 2018. 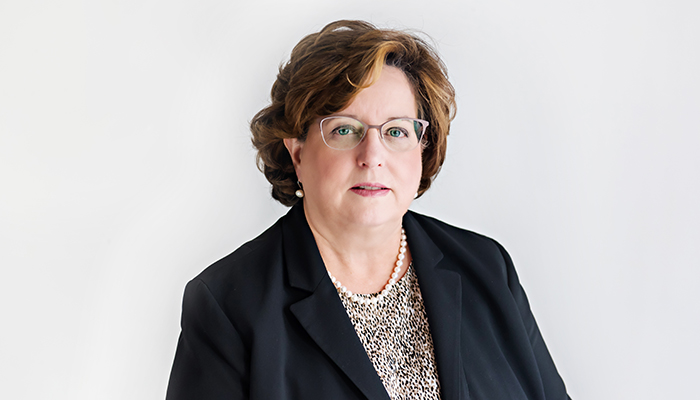 The inaugural holder has been announced for a nursing professorship established at McMaster University in recognition of a distinguished professor emerita.

Denise Bryant-Lukosius has been selected for the Alba DiCenso Professorship in Advanced Practice Nursing. Her five-year term was effective July 1, 2018.

"Over the course of my nursing career, Dr. DiCenso has been a research tutor, mentor and colleague," said Bryant-Lukosius, associate professor in the School of Nursing and an affiliate member of the Department of Oncology at McMaster. "To be the inaugural holder of this professorship that recognizes her contribution to advanced practice nursing research at McMaster is an incredible honour and privilege for me."

The Alba DiCenso Professorship in Advanced Practice Nursing is considered to be an integral part of the institutional vision of establishing and maintaining a world‐class program in advanced practice nursing.

The holder of the professorship is expected to contribute significantly to the body of scholarship in the area of advanced practice nursing through research and teaching at McMaster.

The professorship is named for Alba DiCenso, professor emerita, distinguished nurse researcher and an alumna of McMaster's School of Nursing. DiCenso is well known for her research in evidence-based nursing and for her contributions to the development of advanced practice nursing. She is a member of the Faculty's Community of Distinction and the Order of Canada.

"Nurse practitioners and clinical nurse specialists play increasingly important roles in the Canadian health-care system," said DiCenso. "Dr. Bryant-Lukosius is an ideal choice for this professorship given her extensive experience as a clinical nurse specialist and her international recognition as a leading researcher in the development, integration and evaluation of these advanced practice nursing roles."

Bryant-Lukosius is also a McMaster alumna with both a BScN and PhD from the university. She holds an MScN from D'Youville College.

Bryant-Lukosius became a faculty member at McMaster in 2007. She is currently chair of the curriculum committee for the Graduate Nursing Program and the founding co-director for the Canadian Centre for Advanced Practice Nursing Research at McMaster.

Since 2001, she has held a cross appointment with the Juravinski Hospital and Cancer Centre as a clinician scientist, and is the director of the Canadian Centre of Excellence in Oncology Advanced Practice Nursing. She is also a scientist with the Escarpment Cancer Research Institute, which is a joint venture between McMaster and Hamilton Health Sciences.

Sandra Carroll, vice-dean of the Faculty of Health Sciences and executive director of the School of Nursing, said Bryant-Lukosius is a strong choice for the new role.

"It is a great pleasure to see Dr. Bryant-Lukosius as the inaugural recipient of the professorship," said Carroll. "She is internationally recognized for her research and promotion of advanced practice in nursing."