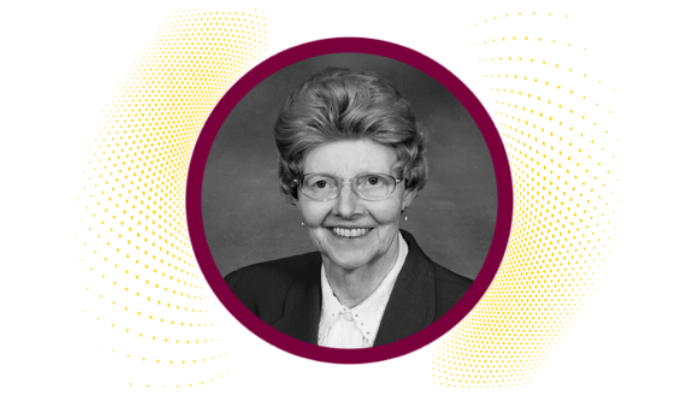 The professor emerita joined the SON in 1968 and helped pioneer the move to multidisciplinary, problem-based education of health-care professionals both at McMaster University and internationally.

Her achievements earned her an honorary degree from the University of Linkoping, Sweden, in 1995 and a spot on the Faculty of Health Sciences’ Community of Distinction in 2006.

Her citation on the FHS Community of Distinction says, “A strong advocate for children, she was instrumental in the implementation of family-centred, multidisciplinary child care in Hamilton, and was the first School of Nursing professor to be cross-appointed to the Department of Pediatrics.”

Von Schilling was born in Gluddaus, Latvia. After the Second World War, she trained as a children's nurse in Sweden, before immigrating to Canada in 1955.

After completing her Grade 13 high school qualifications at night, she joined the University of Toronto’s nursing program and graduated with a BScN in 1961. She completed a Masters in Nursing at the University of California, Berkley in 1967 before joining McMaster.

After her retirement from McMaster in 1988, von Schilling spent time with her extended family and Baltic community in the Kitchener-Waterloo area.

However, she continued teaching, travelling extensively to Sweden and Germany as a consultant teaching problem-based learning techniques.

“We are all deeply saddened by the loss of our colleague and SON stalwart Karin von Schilling,” said Sandra Carroll, SON executive director.

“Her pioneering embrace of problem-based learning helped revolutionize the training of nurses both at McMaster University and abroad, benefiting countless patients.”