A study led by a McMaster University medical student has found that gender parity has been reached in the makeup of Canadian health-care leadership teams – but they still lack racial diversity. 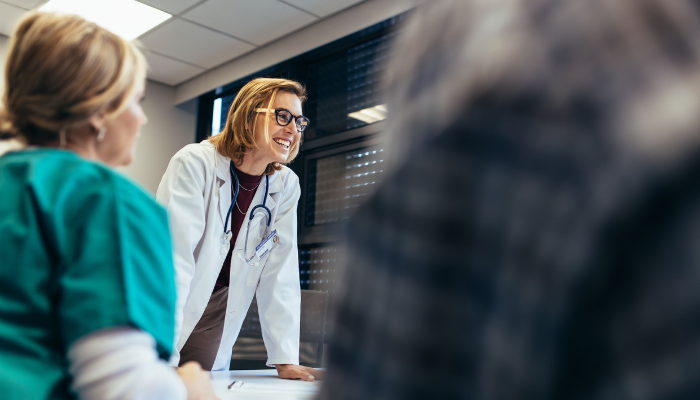 A study led by a McMaster University medical student has found that gender parity has been reached in the makeup of Canadian health-care leadership teams – but they still lack racial diversity.

Researchers tracked more than 3,000 leaders from 135 health care institutions and health ministries nationwide and found that about half were women. Of the 78 government health ministry leaders surveyed as part of the study, 47.4 percent were female.

“We thought that women would be underrepresented in health-care leadership roles, particularly at the highest level of CEO and deputy ministers, but we discovered that there is actually gender parity,” said first author Anjali Sergeant, who in her third year of medicine at the Michael G. DeGroote School of Medicine.

“As a young professional, I feel hopeful to see that there are an equal number of women in executive leadership roles.”

Despite the gender balance, Sergeant and her colleagues found that health care leadership teams remain overwhelmingly white, even as they serve increasingly diverse communities across Canada.

In Alberta, Saskatchewan, Nova Scotia, and PEI, which each province has one health-care leadership team overseeing all hospital networks, the number of non-white leaders was less than five.

Sergeant said the reasons for a lack of racialized health-care leaders may stem from fewer racialized individuals in the hiring pool, a lack of access to networking opportunities, discriminatory hiring practices, and an institutional culture that views white male leaders as most effective.

She said possible solutions may include better mentorship programs, rooting out discrimination from workplaces and ensuring that people of all backgrounds feel supported when applying for leadership roles.

“We need to make our environments more inclusive and supportive of all people starting at the early education level, and carrying it forward through to higher levels of training,” said Sergeant.

“This is significant, because we know that individuals who are racialized experience worse health outcomes and might experience discrimination within our healthcare systems,” she said.

“One way to improve the health of marginalized individuals is to have a leadership team that can relate to their lived experience and can advocate for them.”

Sergeant said more research is needed to better understand the lack of diversity at the highest levels of health care.

Sergeant and her colleagues conducted their investigation on gender and racial diversity in health-care leadership from April to July of last year.

The paper can be found here: https://bit.ly/3NIc9XB