A landmark survey of the mental health of First Nations youth, conducted by McMaster University researchers, has revealed high levels of distress in adolescents living off-reserve, but sets a benchmark for future investigations. 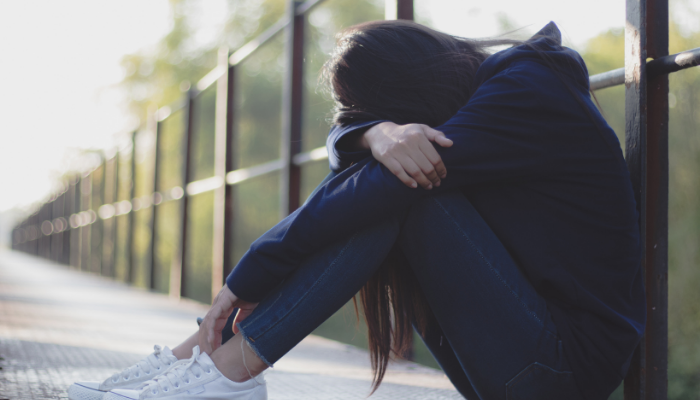 A landmark survey of the mental health of First Nations youth, conducted by McMaster University researchers, has revealed high levels of distress in adolescents living off-reserve, but sets a benchmark for future investigations.

The researchers say the survey data, the first of its kind, may also help shape the response of both government agencies and First Nations communities in supporting vulnerable children and youth.

“This research is truly foundational, because these statistics were previously unknown, and we need to lay that foundation for future investigations,” said researcher Troy Hill, a First Nations educator and member of the Kanien'kehá:ka (Mohawk) nation and an author of the study.

“My key motivation in conducting this research is promoting awareness, remembering who we are, where we come from and not leaving anyone behind. This is about giving back to our community.

“It gives me a real feeling of pride that we can start looking at the key issues impacting mental health in Indigenous youth and gain even more data.”

Hill said that First Nations youth living off-reserve, especially in large cities, face a unique set of challenges. Away from traditional family and community support networks, they are also cut off from their traditional culture, knowledge and healing.

But both First Nations youth and adults are still suffering from intergenerational trauma stemming from residential schools and the’ Sixties Scoop’, when Indigenous children were removed from their families and adopted by non-Indigenous parents.

“I lost my whole family to residential schools,” said Hill, a teacher at JC Hill Elementary School on the Six Nations of the Grand River reserve.

Added to these traumas is what the study’s first author Sawayra Owais calls the “Millennium Scoop,” referring to the consistently high numbers of Indigenous youth in foster care.

Owais said these findings echo a previous study spearheaded by both her and Hill, which found that the offspring of Indigenous parents with mental health challenges are at a greater risk of experiencing negative outcomes themselves.

“Once we raise awareness and understand the issues, we can hopefully identify targets for intervention and prevent these problems from happening in the children, as well as the passing down of intergenerational trauma,” said Owais.

“If these interventions can incorporate First Nations ways of knowing, such as through family and community-based interventions to promote healthy child development, then ultimately it can improve the mental wellbeing not only of these kids but their families overall.”

The authors, including senior author and associate professor Ryan Van Lieshout, said their findings pave the way for the development of strengths-based interventions that include and support First Nations family units, especially mothers, who play a key role in traditional culture.

They said the best approach to promoting mental well-being is one that incorporates both First Nations and Western philosophies around healing.

Interventions based on First Nations ideas of community and family kinship are also in line with recommendations made by the 2016 Lancet Commission on Adolescent Health and Wellbeing, which says such an approach is key to helping youth with mental illness.

“What our team has done is incredible and so foundationally important as more Indigenous people in cities are starting to identify with their roots,” said Hill.

“We can walk together, we keep moving, we are still here, and we are resilient.”

The paper was recently published in Child Psychiatry & Human Development and is at: https://rdcu.be/cHIvN