World-renowned cardiologist Salim Yusuf has won the prestigious Killam Prize for health sciences for his research on preventing and treating cardiovascular disease. 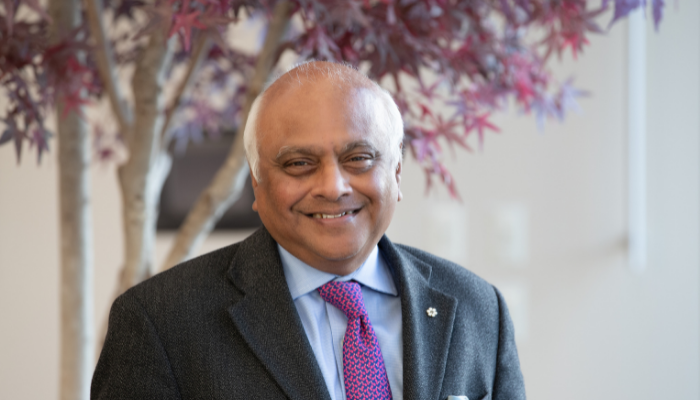 World-renowned cardiologist Salim Yusuf has won the prestigious Killam Prize for health sciences for his research on preventing and treating cardiovascular disease.

He is the third McMaster University professor to receive this award, begun in 1982, and given by the Canada Council to recognize and celebrate the country’s most inspiring scholars and thought leaders.

There are five prizes worth $100,000, one each in the disciplines of humanities, social sciences, natural sciences, engineering and health sciences.

Yusuf’s research focuses on the biological, behavioural and societal mechanisms behind heart disease and strokes, through large, international clinical research programs of population health in over 50 countries. They include INTERHEART, INTERSTROKE and the Prospective Urban and Rural Epidemiological (PURE) studies.

He complements these studies with large and long-term randomized trials involving several thousand or tens of thousands of people to evaluate strategies that can prevent heart disease and strokes.

The Killam citation says: “Yusuf is undoubtedly the most productive and impactful cardiovascular researcher in Canada – and among the most accomplished medical researchers in the world.”

“I am pleased and humbled to have received the Killam Prize, but it is really a tribute to the dedication of many colleagues here in Hamilton and around the world, conducting the research that is improving the lives of millions of people living with cardiovascular disease,” said Yusuf, a Distinguished University Professor.

“Our research recognizes that we need a holistic approach to successfully tackle cardiovascular disease, addressing the societal and cultural causes putting people at risk, as well as examining the biological and genetic determinants.”

One of his projects has been the 20-year development of the ‘polypill,’ combining aspirin, a statin and blood pressure medications, found to be an inexpensive way to halve the risk of heart attacks and strokes world-wide.

Yusuf is the founder and executive director of the Population Health Research Institute of McMaster University and Hamilton Health Sciences. He is an Officer of the Order of Canada, a member of the Canadian Medical Hall of Fame and he holds the Heart and Stroke Foundation’s Marion W. Burke Chair in Cardiovascular Disease. He is also a past president of the World Heart Federation.

He has received over 60 national and international recognitions for his work including the Canada Gairdner Wightman award and the McLaughlin Medal of the Royal Society of Canada and has been the most cited scientist in the world in cardiovascular medicine for several years.

“Dr. Yusuf’s research on cardiovascular disease has set the international gold standard for expanding the knowledge base and developing new therapies for a condition that remains the leading cause of deaths globally,” said Paul O’Byrne, dean and vice-president of McMaster’s Faculty of Health Sciences.

“I would like to take this opportunity to warmly congratulate Dr. Yusuf on winning the Killam Prize. This is an honour both to his work and reflects that McMaster is a premier international hub of population health research, particularly in cardiovascular issues.”

Both programs recognize scholars and researchers who have dedicated their careers to pushing the boundaries of knowledge and meeting challenges faced in daily life.

“The scientific advances achieved by the winners of the 2022 Killam Prizes have greatly contributed to our development as a society,” said Simon Brault, director and CEO for the Canada Council for the Arts.

“Their visionary research has made our lives easier, improved our living conditions and even saved lives. I would like to congratulate them warmly for their commitment to making the world a better place.”

Two McMaster faculty members have previously been awarded the Killam Prize. In 1987, both Fraser Mustard, one of founders of the Michael G. DeGroote School of Medicine at McMaster who discovered the role of aspirin in preventing heart attacks and strokes and Ronald J. Gillespie, an inorganic chemist, and professor of McMaster’s Faculty of Science.