McMaster University researcher Sharon Kaasalainen has been awarded the 2022 Elizabeth J. Latimer Prize in Palliative Care, named for her mentor who helped transform palliative care in Hamilton and beyond. 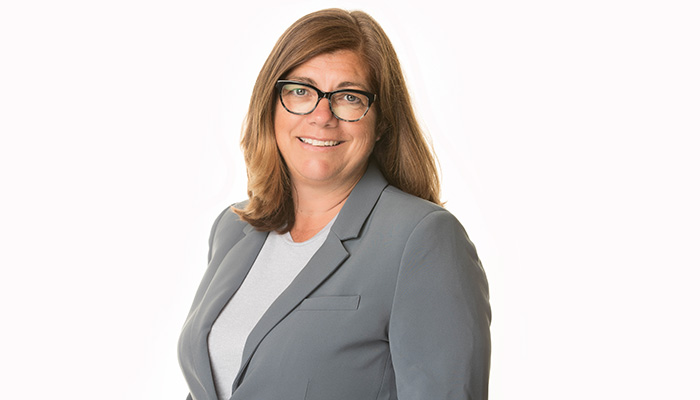 McMaster University researcher Sharon Kaasalainen has been awarded the 2022 Elizabeth J. Latimer Prize in Palliative Care, named for her mentor who helped transform palliative care in Hamilton and beyond.

Kaasalainen, who is leading her own series of national and international studies around improvements to palliative care, remembers Latimer as a fun-loving and compassionate educator prior to her death in 2012.

“I feel truly honoured to be recognized this way, because this award is given to someone who has similar beliefs and passions as Liz did. Having her as an early mentor certainly inspired me to continue working in palliative care,” said Kaasalainen, professor at the School of Nursing.

“I was molded and inspired by working with Liz. She was both a gentle soul and caring person and I really felt quite privileged to work with her. It gives this award a huge personal meaning.”

The award named in Latimer’s honour recognizes a Hamilton-area palliative care clinician, teacher, researcher, or administrator who best represents her spirit through a record of research and practice in end-of-life care. Candidates for the award must show a commitment to professional collaboration, innovation, perseverance, a track record of leadership, shaping policy and either academic or clinical excellence.

Kaasalainen, who holds the Gladys Sharpe Chair in Nursing, is following in her mentor’s footsteps by teaching students at McMaster as she seeks to build capacity in palliative care research.

Since 2017, Kaasalainen has trained 25 undergraduate student interns, with six of her former protégés going on to complete graduate school. Of the 24 post-grad students that Kaasalainen has supervised, 17 have graduated, 12 gained advanced practice nursing positions, three have taken faculty positions and two have continued their studies in PhD programs.

“Liz really enjoyed working with students and introducing them to palliative care and I feel that I am similar in that way,” said Kaasalainen.

“I think it is vital to train the next generation in the skills and knowledge around palliative care practices.”

Kaasalainen is currently leading several national studies focusing on developing a palliative care approach for residents in long-term care (LTC) facilities. To this end, she was awarded a $1.5 million Health Canada grant to lead the national roll-out of a palliative program in LTC facilities.

She is also evaluating programs to improve the quality of dying for LTC residents with advanced dementia, as well as easing the process for their loved ones.

Kaasalainen said that engaging residents and their families is key to both a dignified death and in shaping effective palliative care policies in LTC settings.

“Most of us want to die with dignity, but without good palliative care it is difficult to have a peaceful and pain-free death, and unfortunately people are often unprepared when the time comes,” said Kaasalainen.

“Dying really is just a natural part of living, but we do much better at helping people enter the world than to exit it, and traditionally there is a bit of stigma in our society, as people don’t like to talk about death. However, Liz broke down that stigma with in her relaxed and humorous style.”

The Elizabeth J. Latimer Prize in Palliative Care was established in 2009.