A successful diagnostic algorithm developed by McMaster University researchers that can both detect deep vein thrombosis (DVT) and reduce the need for ultrasound scans, has been published in The BMJ. 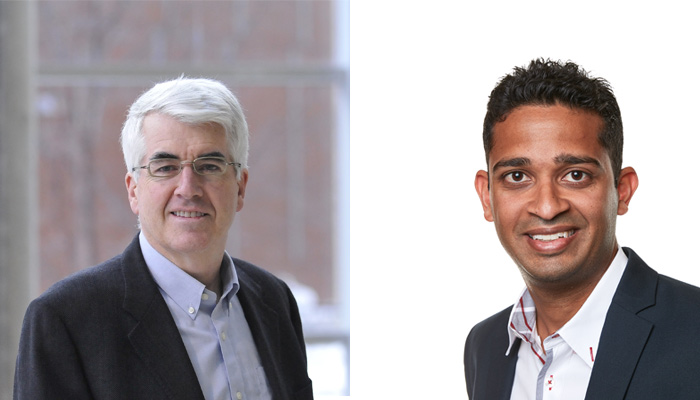 A successful diagnostic algorithm developed by McMaster University researchers that can both detect deep vein thrombosis (DVT) and reduce the need for ultrasound scans, has been published in The BMJ.

The first author of the study is Clive Kearon, the study’s principal investigator and professor of medicine at McMaster who passed away from cancer on June 3, 2020, at age 63.

“The algorithm developed by Clive and our team was shown to be safe for detecting DVT while substantially reducing the need for ultrasound scans,” said Sameer Parpia who became the principal investigator for the study.

“Clive taught me so much and he was a dear friend. He would want this scientific research to be completed and shared with the public. This is how we will honour his memory.”

Parpia is an associate professor and senior biostatistician with the departments of oncology and of health research methods, evidence and impact.

The seven-year study enrolled 1,508 patients from across Canada, of whom 11.5 per cent had DVT.

The novel diagnostic approach combines the pre-test probability with a higher than usual threshold for D-dimer level in each category for a patient to be considered negative for DVT.

Any patient who had D-dimer above the pre-specified threshold was referred for imaging, while the rest could safely be sent home. Repeat imaging was also only required if the D-dimer threshold crossed a markedly high threshold.

“Clive was very much loved here at McMaster and around the world, he was a mentor to many including myself. Everybody knew him as an outstanding clinician, scientist and clinical trialist, but he was first and foremost a terrific human being with a fantastic sense of humour,” said Parpia.

The study was coordinated by the Ontario Clinical Oncology Group of McMaster and Hamilton Health Sciences for which Kearon was head of its division of thrombosis.

Born in Ireland, Kearon immigrated to Canada and spent 35 years at McMaster. He was the Jack Hirsh Professor of Thrombosis and director of the Clinician Investigator Program. He received awards from the CIHR for his mentorship in the design of randomized controlled trials, as well as an investigator recognition award from the International Society on Thrombosis and Haemostasis.