McMaster surgery prof named Officer of the Order of Canada

McMaster University professor Mehran Anvari has been named an Officer of the Order of Canada for his decades of research in telerobotic surgery to help patients in remote regions. 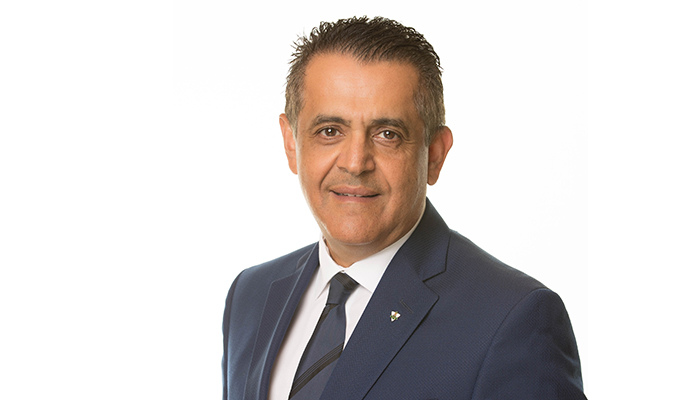 McMaster University professor Mehran Anvari has been named an officer of the Order of Canada for his decades of research in telerobotic surgery to help patients in remote regions.

Anvari’s Order of Canada award stems from a late 1990s visit to Nunavut, where he met a young mother who said her child died due to a lack of health care in the region.

“While this award is a tremendous honour for both myself and my colleagues at McMaster and St. Joseph’s Healthcare Hamilton, it began with a primary goal to improve access to quality health care for all Canadians, particularly those living in remote parts of the country,” said Anvari, a professor of surgery and founding member and past president of McMaster’s Minimally Invasive Robotic Association.

“This goal is yet some distance away and a lot more work is ahead to achieve it.”

Anvari’s biggest asset in this fight was robotic surgery, which he realized could be used to provide operative care to patients from a distance.

After two years of research, Anvari and his team successfully performed a series of complex telerobotic surgeries between St. Joseph’s Hospital and North Bay.

This led Anvari and his colleagues to develop and commercialize tele-operable and medical robots and are now working toward creating an autonomous system using artificial intelligence.

He has also worked with the Canadian Space Agency and NASA. Anvari’s work in robotic medicine was recognized by NASA in 2015, for his work on the image-guided automated robot (IGAR) that detects cancerous lesions.

IGAR is fitted on patient beds and works in combination with MRI scanners to find lesions. The robot streamlines the manoeuvres involved in MRI scanning, in turn speeding up patient flow through the clinic.

IGAR’s technology was first pioneered on the International Space Station, where it was used in robotic arms carrying out maintenance on space shuttles.

“These new advances in medical robotics will hopefully provide timely and equitable access to early disease diagnosis and treatment for millions of Canadians,” said Anvari.

Anvari is one of 39 new officers of the Order of Canada named by Governor General Mary Simon on Dec. 29. Also named were 93 members, two companions and one honorary member.

“Dr. Anvari's work has raised the international profile of both McMaster University’s and Canada’s expertise and innovation in advanced healthcare technology,” said Paul O’Byrne, dean and vice-president of the Faculty of Health Sciences.

“Academics, physicians and media professionals from around the world have expressed a keen interest in Dr. Anvari’s groundbreaking efforts to provide advanced healthcare to people living in remote areas, as well as disaster and war survivors.”