McMaster scientist writes memoir on her quarter-century in clinical genetics

The human impact of genetic illness on both doctors and patients is a story Margaret Nowaczyk feels must be told, which she does in moving detail in her new memoir, Chasing Zebras 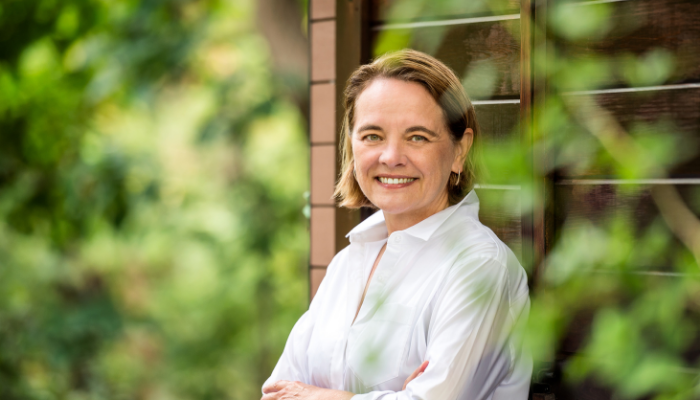 Margaret Nowaczyk has been chasing zebras nearly all her life – but not the exotic kind one sees on safari.

Instead, her zebras are those rare medical conditions most doctors never see, but as a clinical pediatric geneticist specializing in children with genetic disorders, Nowaczyk has chased many in her 24 years at McMaster University. The term itself is a medical school adage, with ‘horses’ being common illnesses.

It was this phenomenon that led her to finally write her memoir Chasing Zebras, detailing her journey into clinical genetics and her resulting mental health challenges, dealing with often-harrowing cases involving young children. Her book will be released in November.

And as a teenage refugee from communist Poland, Nowaczyk was herself a zebra who at first struggled with English when she joined a Canadian high school.

“As geneticists, we have endured emotional suffering on the job and we need the public to understand that. There is a spiritual and human cost for doctors and patients alike. I feel this story must be told.”

On the job, Nowaczyk often sees patients with diseases like Down syndrome, as well as many other rare but severe birth defects.

One case that stood out for her was a pregnant woman whose 18-week ultrasound showed her fetus with short limbs and a deformed ribcage. Nowaczyk had to tell the mother her child’s shortened ribs would stop the lungs from developing and her baby would die.

“Sometimes there is acceptance after an initial denial, some parents say God will not allow it if they are religious. Some choose to stop the pregnancy as they don’t want the child to suffer, while others carry it through so they can at least hold their child before they die. Whatever choice the parents make, you support their decisions,” said Nowaczyk.

“I want to be there for my patients and their families, even if it’s only answering their questions. Just having the answers and knowing what will happen is so important for some families.”

Making such situations even crueller for Nowaczyk is that genetic conditions are often untreatable, despite the completion of the international effort to map out the entire human DNA sequence in the Human Genome Project (HGP) in 2003, and the early hopes for new therapies and even cures.

Nowaczyk said genetic conditions may start as soon as sperm meets egg and forms an embryo, sometimes even earlier, making them impossible to fix.

However, Nowaczyk added the HGP helped scientists make major advances in the diagnosing and understanding of underlying biological mechanisms behind genetic illnesses. This also means an end to ‘diagnostic odysseys’, or repeatedly testing for a condition, as doctors now have the full DNA sequence at hand.

“I totally geek out on genetics and it has always been something that fascinates me. By the second year of medical school, we studied genetics and I was hooked – it was tailor-made for me,” said Nowaczyk.

Outside the clinic, Nowaczyk continues to focus on her writing as a means of healing and inspiration.

She has written a collection of short stories, many of which have appeared in Canadian, Polish and American literary magazines and anthologies, as well as award-winning essays and non-fiction. Chasing Zebras is her first full-length book.

“Writing is my own medicine,” said Nowaczyk.

Chasing Zebras was released on Nov. 16. Its formal launch will take place at the Art Gallery of Hamilton on Dec. 2 at 6:30 p.m.

The book will be available at local bookstores including Epic Books, The City & The City Books, King West Books, Indigo, or directly from the publisher at https://bookstore.wolsakandwynn.ca/collections/upcoming-releases/products/chasing-zebras.