Nursing students will learn that public health is no game – with new virtual training that aims to help them make decisions that could impact the health of thousands of people. 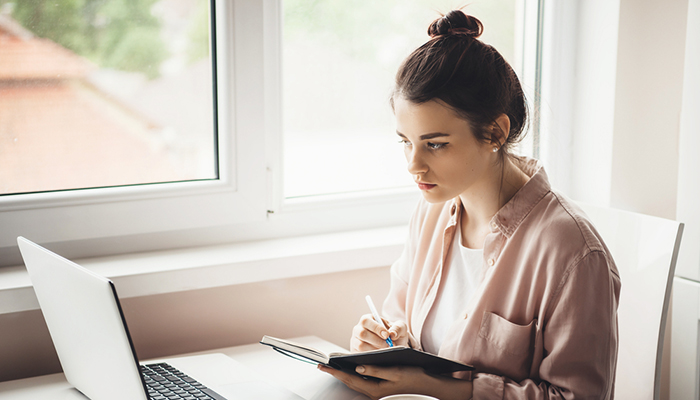 A nursing student sits at a computer completing a simulation.

The computer-based scenario games will cover community assessments at a city level, health interventions on issues from food security to vaccines, and program planning and evaluation. They will be offered in both English and French when released early next year after about eight months in development.

The simulations are a collaborative effort between McMaster’s School of Nursing (SON), the University of Ottawa, Queen’s University, and the Canadian Association of Schools of Nursing.

“Community health is very broad and we’re going to be looking at population health strategies. Public health is a key component of nursing education. The profession encompasses entry to practice competencies in a variety of healthcare contexts,” said Joanna Pierazzo, assistant dean of the undergraduate programs at the SON.

“We help the students learn from the very beginning about collecting information, assessing a given community, and helping them devise an intervention strategy. This all falls under the umbrella of health intervention and promotion.”

One game scenario under development is dealing with food insecurity exacerbated by COVID-19, which has forced the closure of many school meal programs and put families at greater risk of hunger.

The virtual game consists of video graphics, a story script and questions for students that test their information-gathering, decision-making and critical thinking abilities when determining how to help people suffering from food insecurity.

“That’s a typical example of what we might look at in population health, including how to work with other organizations and what services may need implementing,” said Ruth Schofield, SON assistant clinical professor.

Pierazzo said game-based training like this will help students understand the importance of prevention, surveillance and how to craft a community health strategy serving a population, be it a city or marginalized group needing an intervention.

“As nurses, we need to be at the forefront of that,” said Pierazzo.