McMaster University’s John Whitney has been named a 2021 Investigator in the Pathogenesis of Infectious Disease (PATH) by the Burroughs Wellcome Fund (BWF), a U.S.-based non-profit medical research organization. 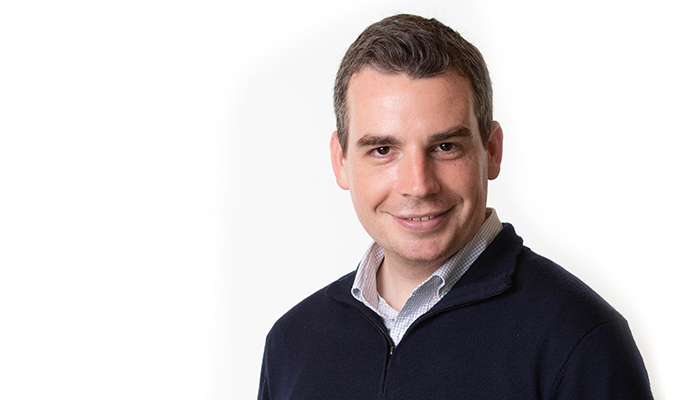 McMaster University’s John Whitney has been named a 2021 Investigator in the Pathogenesis of Infectious Disease (PATH) by the Burroughs Wellcome Fund (BWF), a U.S.-based non-profit medical research organization.

The competitive PATH program is intended to give recipients the resources — $500,000 U.S. in funding over a five-year period — to pursue higher-risk research projects that hold potential to yield significant results and advance the global understanding of important infectious disease issues.

“The Investigators in the Pathogenesis of Infectious Disease award provides a rare opportunity to explore questions about how humans and our potential pathogens move forward in one another’s context,” said Victoria McGovern, senior program officer with the Burroughs Wellcome Fund.

“Understanding this shared biology can yield invaluable insights for better health and can open new paths to further discovery.”

For Whitney, an assistant professor in the Department of Biochemistry and Biomedical Sciences and a member of the Michael G. DeGroote Institute for Infectious Disease Research, this means having the opportunity to explore the role of adenosine-containing alarmones in commensal and pathogenic bacteria.

Alarmones, he explains, are unique molecules made by enzymes produced by certain bacteria. These molecules inhibit the growth of bacteria and, therefore, affect their ability to cause infections.

Whitney said that while alarmone-type molecules were first discovered in 1969, it was a 2019 discovery in his lab that revealed the first example of bacteria using alarmones as “offensive weapons to manipulate the growth of other microorganisms.”

“This novel finding has opened up a whole new field of study,” he says. “The PATH award provides the funding needed to explore and address many of the unanswered questions that came out of that discovery, including whether or not the alarmones produced by bacteria might also be used to damage host cells during infection.”

Whitney is the first researcher from a Canadian university to be named a PATH award recipient since 2009 and the first recipient from McMaster. Whitney recently also received a $1.5M Human Frontier Science Program (HFSP) award and he was named the new Canada Research Chair in Molecular Microbiology.

“These awards are a signal to me of the importance of addressing fundamental questions in microbiology as they relate to infectious diseases,” Whitney said.

“I find this all extremely gratifying, but I know that these successes would not have been possible without the hard work of my graduate students and the support of my family.”