Immunity of recovered COVID-19 patients could cut risk to others

The number of recovered patients may be important to the goal of minimizing the pandemic’s infection rate as shelter-in-place orders are lifted. Research led by the Georgia Institute of Technology with McMaster and Princeton universities has found the presumed immunity of those who have recovered from the infection could allow them to safely substitute for susceptible people in certain high-contact occupations such as healthcare. 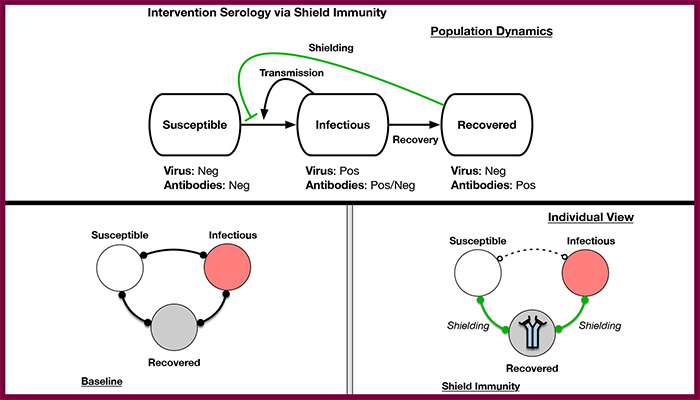 The number of recovered patients may be important to the goal of minimizing the pandemic’s infection rate as shelter-in-place orders are lifted.

Research led by the Georgia Institute of Technology with McMaster and Princeton universities has found the presumed immunity of those who have recovered from the infection could allow them to safely substitute for susceptible people in certain high-contact occupations such as healthcare.

Dubbed “shield immunity,” the anticipated protection against short-term reinfection could allow recovered patients to expand their interactions with infected and susceptible people, potentially reducing overall transmission rates when interactions are permitted to expand.

A paper describing the modeling behind the concept of shield immunity was published in the journal Nature Medicine. Jonathan Dushoff, McMaster professor of biology and a member of the Michael G. DeGroote Institute for Infectious Disease Research contributed to study design, model development and writing the manuscript. 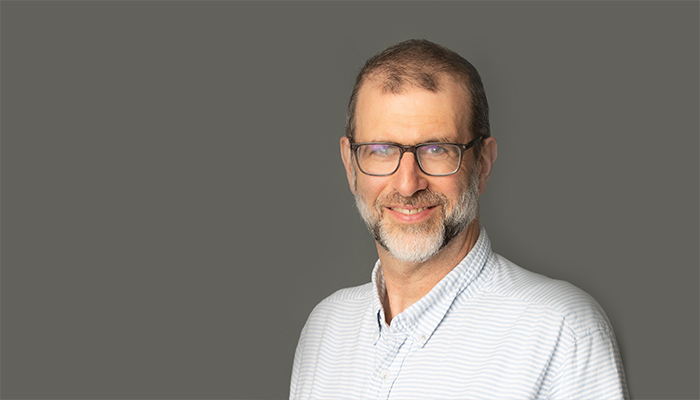 New modeling of the virus’ behavior suggests that an intervention strategy based on shield immunity could reduce the risk of allowing the higher levels of human interaction needed to support expanded economic activity. The number of people infected by the novel coronavirus is likely much higher than what has been officially reported, and that could be good news for efforts to utilize their presumed immunity to protect the larger community.

However, there are two important caveats to the strategy, the researchers said. The first is that the duration of immunity to reinfection by SARS-CoV-2 remains unknown; however, individuals who survived infections by related viral infections, like SARS, had persistent antibodies for approximately two years – and those who survived infection to MERS had evidence of immunity for approximately three years. The second issue is that determining on a broad scale who has antibodies that may protect them from the coronavirus will require a level of reliable serological testing not yet available.

“Our model describes ways in which serological tests used to identify individuals who have been infected by and recovered from COVID-19 could help both reduce future transmission and foster increased economic engagement,” said Joshua Weitz, professor in the School of Biological Sciences at the Georgia Institute of Technology and corresponding author of the study.

“The idea is to think in advance about how identifying recovered individuals could help serve the collective good, using information collected on neutralizing antibodies in new ways.”

In a population of 10 million citizens, for example, the model predicts that in a worst-case transmission scenario, implementation of an intermediate shielding strategy could help reduce deaths from 71,000 to 58,000, while an enhanced shielding plan could cut deaths from 71,000 to 20,000. The model also suggests that shielding could enhance the effects of social distancing strategies that may remain in place once higher levels of economic activity resume.

Identification of individuals who have protective antibodies against the novel coronavirus has begun only recently. Antibody tests are not 100% specific, implying that tests can lead to false positives. However, targeted use of antibody testing in groups with elevated exposure will lead to increases in positive predictive value, even with imperfect tests. The serological antibody test differs from widespread polymerase chain reaction (PCR) testing being done to determine whether people are actively infected with the virus.

“We want to think about serology as an intervention,” Weitz said. “Finding out who is immune to the coronavirus could make a big difference in trying to reduce the risk to people who would be vulnerable by interacting with someone who could pass on the disease.”

Serological testing to identify those with immunity might begin with healthcare workers, who may be more likely to have been infected by the coronavirus because of their exposure to infected persons, Weitz said. Because so many infections do not produce the distinctive COVID-19 symptoms, it’s likely that many people have recovered from the illness without knowing they’ve had had it, potentially expanding the pool of recovered persons.

“There may be a deeper pool of individuals who can help within their own fields and other fields of specialization to reduce transmission,” Weitz said. “The reality is that people within high-contact jobs probably are likely to have a higher incidence of infection than other groups.”

But using antibody information about individuals would create potential privacy issues, and require that those individuals make informed decisions about accepting additional risks for the greater good of the community.

Ultimately, addressing the pandemic will require development and mass production of a vaccine that could boost immunity levels beyond 60 percent in the general population. Until that is available, Weitz believes that shield immunity could become part of the approach to the challenge.

“We don’t have a silver bullet,” he said. “Until we have a vaccine, we will have to use a combination of strategies to control COVID-19, and shield immunity is potentially one of them.”

The research was supported by the Simons Foundation along with the U.S. Army Research Office, National Institutes of Health, and National Science Foundation. The paper may be found at http://dx.doi.org/10.1038/s41591-020-0895-3