A study co-led by McMaster’s Margaret McKinnon and Western’s Ruth Lanius on a new approach to treating public safety personnel (PSP) with post-traumatic stress disorder (PTSD) is receiving close to $1 million in funding. 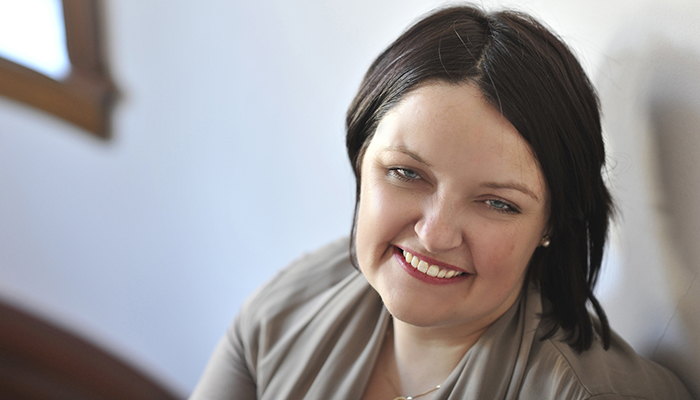 A study co-led by researchers at McMaster and Western universities on a new approach to treating public safety personnel (PSP) with post-traumatic stress disorder (PTSD) is receiving close to $1 million in funding.

McMaster’s Margaret McKinnon and Western’s Ruth Lanius are the principal investigators of a project that is being provided with a $990,000 boost over three years from the Canadian Institutes of Health Research (CIHR).

PSP include first responders such as nurses, firefighters, police, and paramedics, search and rescue volunteers, correctional services officers, border services officers, operational intelligence analysts, Indigenous emergency managers, and others working in the field, including those currently responding to the COVID-19 pandemic.

The randomized control trial will focus on the effectiveness of a cognitive remediation strategy called Goal Management Training that is aimed at improving cognitive functioning among PSP with PTSD. Researchers will examine changes in everyday functional outcomes, like the ability to return to work, but also in brain structure and brain function using magnetic resonance imaging (MRI).

“What’s really novel about this approach is that we’ll be imaging the brain before and after the treatment, so we can get a sense of not only any potential changes in the structure of the brain as a result of treatment but also any changes in the way the brain functions,” said McKinnon, associate professor and associate chair of research of psychiatry and behavioural neurosciences at McMaster.

“It is very powerful to be able to offer hope to public safety personnel who are affected by PTSD. They are dedicating their lives to society by working on the frontlines, so it is important to be able to give back.”

“Many studies to date just look at PTSD symptoms in response to treatment, especially how those symptoms have decreased, but very few studies to date have actually looked at real-world functioning,” said Lanius, professor at Western’s Schulich School of Medicine & Dentistry and director of the PTSD research unit.

She is also an associate scientist at Lawson Health Research Institute and a psychiatrist at London Health Sciences Centre.

“Actual functioning includes such aspects as how quickly they can process new information in the workplace, how good their ability is to stay focused on a certain task and avoid making absentminded slips, and how well they can remember things, such as the location of items, whether they are at work or at home.

“This can be something as simple as making a recipe to as complex as stopping and thinking before making a careless remark to a family member. Some aspects of functioning may be undervalued by treatment providers but highly valued by patients with PTSD.”

Participants will be recruited from locations across Ontario, among which include St. Joseph’s Healthcare Hamilton, London Health Sciences Centre in London, and Homewood Health Centre in Guelph.

This aspect of McKinnon’s and Lanius’ rehabilitation work incorporating high-resolution neuroimaging and extensive investigation of functional outcomes is funded by the CIHR, with additional support for their work investigating novel treatment approaches to PTSD coming from the Workplace and Safety Insurance Board, the Canadian Institute for Military and Veteran Health Research, Defence Canada, Mitacs, the Cowan Foundation, and the Military Casualty Support Foundation.