Three men with strong ties to the Faculty of Health Sciences have been named to the Order of Canada. 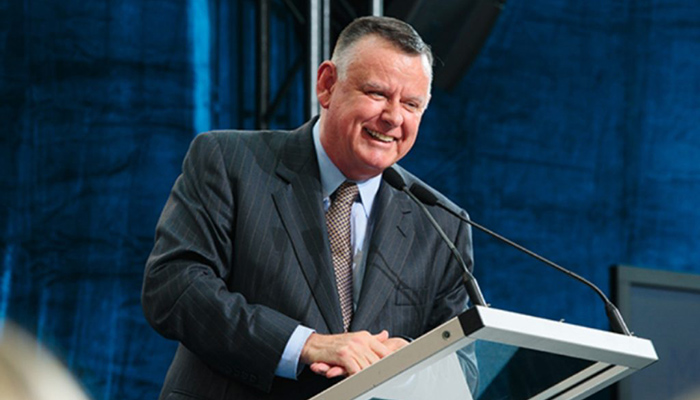 Philanthropist, business leader and community builder David Braley has been appointed an Officer of the Order of Canada.

Three men with strong ties to the Faculty of Health Sciences have been named to the Order of Canada.

John Collins, an emeritus professor of obstetrics and gynecology, has been recognized for “his transformative research in reproductive endocrinology and for promoting evidence-based medicine in women’s health care.”

Braley’s citation for the Order of Canada recognizes his contributions to the CFL, as well as his entrepreneurial and philanthropic leadership.

Business executive and philanthropist T. Robert (Bob) Beamish was recognized for his “leadership of and contributions to industry and for his philanthropic support for causes related to education and health care.” Among other gifts to McMaster, he and his family established the Beamish Family Chair in Peripheral Vascular Surgery at the Faculty in 2006.

In addition, another new recipient has McMaster ties. McMaster engineering alumna Donna Strickland, who shared the Nobel Prize for Physics in 2018, was named a Companion of the Order of Canada.

The Order of Canada recognizes a lifetime of outstanding achievement, dedication to the community and service to the nation.