The division of neurosurgery at McMaster University's Michael G. DeGroote School of Medicine has undergone significant reorganization in the past four years, and the division has become a more cohesive group academically, as well as for providing clinical service. 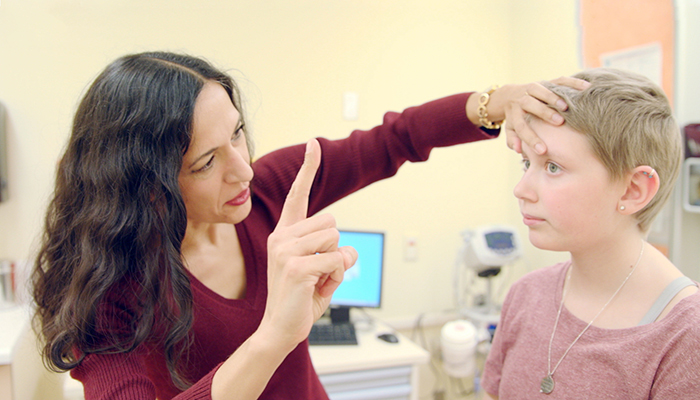 The division of neurosurgery at McMaster University's Michael G. DeGroote School of Medicine has undergone significant reorganization in the past four years, and the division has become a more cohesive group academically, as well as for providing clinical service.

Sheila Singh served as the interim division head of neurosurgery between 2016 and 2018. Olufemi Ajani began his current role as director of the program in 2016. Singh is a professor and Ajani is an associate professor of surgery, and both are pediatric neurosurgeons at McMaster Children's Hospital.

"We implemented a democracy with transparency, and were able to make changes to the division such that the Royal College provided full accreditation of our residency program in 2017," said Singh.

Among their changes, they righted inequity of resources in the division, as people were not working as a team because of broken trust. They established financial transparency with quarterly financial reports that were discussed at formal division meetings with structured agendas and minutes.

"These changes, which started in 2016 and are ongoing, mean not just better education of our medical students and residents, but a much better quality care for patients," said William Orovan, vice-dean, clinical service and commercial enterprises for the Faculty of Health Sciences.

Singh said: "We looked for open dialogue, and let people, both medical residents and faculty, know that their voice and opinion mattered to us.

"People are happy to have protocols and transparency and we began to have productive policy discussions.  We brought order, and the team regained confidence and trust, and that built collegiality."

She added that a research director for the division was appointed, and an ongoing focus made to the medical residents' research program.

As well, nurse practitioners and physician assistants were added to the clinical service teams.

She pointed out that three new neurosurgeons have been recruited to the division to add excellence in areas including neurosurgical critical care and neuroendovascular neurosurgery, and they were welcomed by colleagues.

One is Ekkehard Kasper, professor of surgery and a neurosurgeon with Hamilton Health Sciences, who took the division head role when he began at McMaster on July 1, 2018. He had previously been an associate professor at Harvard University and chief for neurosurgical oncology at Boston-area hospitals.

Since he's arrived, Kasper has spent significant time pouring over pre-existing data to create new and improved structures and processes for faculty members, staff and residents.

"I came to Canada because I believe in a single-tier health system where everyone has access to health care," he says. "I wanted to work in a country where patient income is not a factor in the course of treatment."

As division head he has set fixed monthly faculty member meetings for journal reviews, mortality and morbidity reviews, case conferences, rounds and, where he actively participates in clinical rounds, academic grand rounds and resident training days. Agendas are posted in advance and roles are assigned so everyone is clear on the expectations, he said.

"Clear structures pay off, since people know what to expect and everyone comes prepared," Kasper said.

There are also more complex projects coming, such as establishing a data repository of surgical cases, as well as presentations and studies by residents.

"This longitudinal collection of case studies is logged electronically and can be retrieved, for example, for preparation of the boards, which is of particular use to residents," he said. "They know if they put the time into the case studies now, it will pay off in the long run."

Kasper's focus is also on growing on faculty's strengths as instructors and subspecialists, and allowing neurology residents to learn from that expertise.

This spring, Kasper is restructuring the neurosurgery service line organization from two teams to four, designated as tumour, spine, acute care neurosurgery, and vascular. The purpose is two-fold, as subspecialists will be on teams that best utilize their skill, while allowing residents to rotate through these newly established groups for prolonged exposure to a subspecialty.

"Teams with consistent attending staff, physician assistants and nurse practitioners, combined with a set rotation, create a system of predictability and learning for residents that will translate into a better learning environment, increase academic productivity and result in high clinical competency," he said.

The average length of the neurosurgery training program at McMaster is six years. There are currently 12 residents. Two new residents are accepted each year.

The timing of the reorganization is ideal, Kasper added, as neurosurgery will be transferring to a new outcomes-based training model for residents in specialty programs called Competence by Design (CBD) in July this year. This is the tailored version of postgraduate medical education from the Royal College of Physicians and Surgeons of Canada, which is transforming specialty medical education across Canada from a time-based to an outcome-based approach.

Kasper's current projects include creating consistent forms for rounds and patient care. He has created note sets for faculty, staff and residents, and initiated disease specific pathways that outline standard procedures for key aspects such as admissions, surgery day and post-operative care.

He is also asking all members of the division to identify professional development needs and individual goals, adding: "If one person performs well, we all perform well, and we create the best working environment for everyone."

Kasper said the reorganization emphasizes patient care above all, and as such, he is working closely with partner Hamilton Health Sciences on appropriate changes.

Read more about McMaster's transition to Competency By Design here.