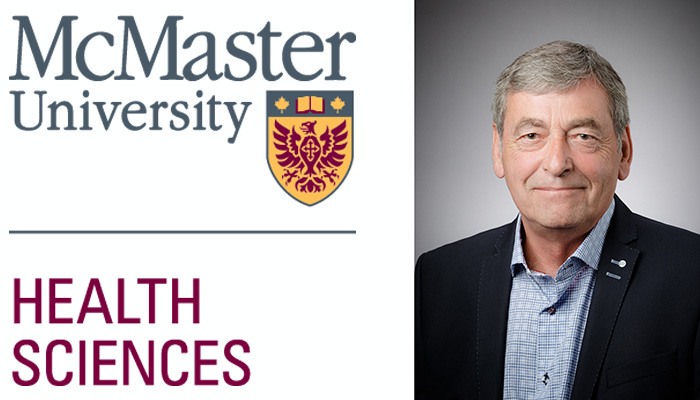 Delsworth Harnish, vice-dean of undergraduate education for the Faculty of Health Sciences, has died after a short illness.

"Del was renowned for his brilliance and leadership in educational innovation," said Paul O'Byrne, dean and vice-president of the Faculty of Health Sciences.

"He thought outside the box, but he was also collegial, collaborative and very effective. He will be deeply missed. I know others will join me in offering condolences to his family."

A memorial service will be planned for early in the new year.

As vice-dean since 2015, Harnish established unique programs including the Integrated Biomedical Engineering and Health Sciences program known as iBioMed with the Faculty of Engineering, and the Health Leadership Academy with the DeGroote School of Business.

Earlier, he had a key role in developing the innovative, extremely popular, inquiry-based Bachelor of Health Sciences Honours program. He was the program's first assistant dean when it began in 2000, a position he held for 15 years. The program he developed is renowned for its experiential and interdisciplinary curriculum.

His educational leadership was recognized with the prestigious 3M National Teaching Fellowship Award in 1998. He was also part of the team of instructors who won the 2005 McMaster President's Award for Excellence in Teaching (Course or Resource Design), as well as the national Alan Blizzard award for collaborative course development and contributions to teaching from the Society for Teaching and Learning in Higher Education.

Harnish served on McMaster University's Senate and Board of Governors, and also as a special advisor (academic affairs) to the office of the provost. His other role at McMaster had included academic director of McMaster's Centre for Leadership in Learning (now the Paul R. MacPherson Institute for Leadership, Innovation & Excellence in Teaching) and academic director of the Learning Technologies Resource Centre. He also consulted nationally and internationally on various aspects of university education.

"Del was a mentor and friend to so many people," said Stacey Ritz, assistant dean of the Bachelor of Health Sciences program. "He always strived to enable students, staff and faculty to be creative, experiment and never stop learning.

"So many of us will miss him personally, and his influence will persist through the program and the people he inspired."

John Kelton, former dean and vice-president of the Faculty, added: "I consider Del the most creative educator I have ever met. He was disruptive in a wonderful way, and he valued the students above all."