McMaster University's Department of Family Medicine is well along its way on the implementation of a competency-based medical education curriculum for its postgraduate program. The College of Family Physicians of Canada (CFPC) approved an enhanced approach to educating family medicine residents in Canada through the Triple C Competency-based Curriculum in 2011. The goal of Triple C, shared by CFPC and family medicine residency programs, is to ensure graduates are ready to begin the practice of comprehensive family medicine in any community in Canada. 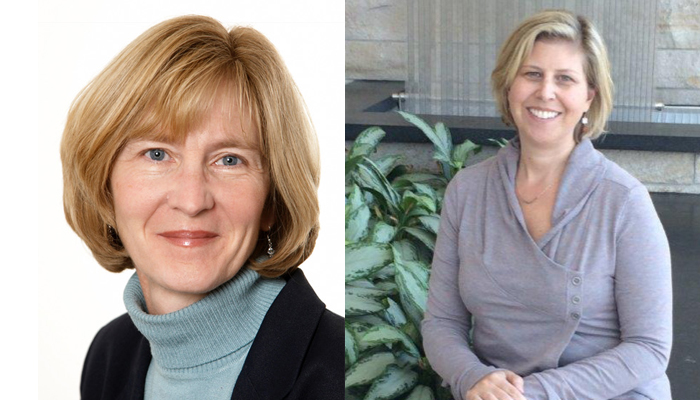 McMaster University's Department of Family Medicine is well along its way on the implementation of a competency-based medical education curriculum for its postgraduate program.

The new curriculum has been developed over the years since the document was approved in 2011. It continues to be gradually phased in at McMaster, which is one of the 17 family medicine residency programs across the country.

At McMaster, Triple C is considered a natural evolution of the pre-existing residency program, said Sarah Kinzie, postgraduate program director of the Department of Family Medicine and an alumna of McMaster's medical program.

"The implementation of competency-based medical education has been an organic process in family medicine and many of the components existed here at McMaster long before they formally named the curriculum," said Kinzie. "Direct observation and workplace-based assessment, for example, has always been a key component of our residency program."

Kinzie said Triple C has been a positive experience for residents and faculty members, and has further strengthened family medicine's training program at McMaster.

"What Triple C really did for us was articulate the framework, such as the learning context, the strategies and priorities that help us determine our strengths, as well as gaps where we could focus our attention," she said. "It has also fostered a more formal system of assessment that builds on our tradition of field notes, with an active, rather than passive, review experience for the resident."

A key change of the new curriculum was a concentrated effort on reinforcing the family medicine perspective.

A prime example of this is the maternity-child rotation for Hamilton-based residents where, rather than spending two months on service with an obstetrician and gynecologist, residents instead follow a maternal-child curriculum led by family physicians who perform low-risk obstetrical care in their practice.

"There is really an emphasis on coming from the family medicine perspective as much as possible," Kinzie said. "In relation to the mat-child curriculum, it focuses on the continuity of care that comes before and after, taking care of both mom and baby. Also, because residents have a primary preceptor throughout their residency, there is sometimes more hands-on opportunities with the patients."

There are certain features of the Triple C curriculum that are similar to Competence by Design being rolled out in the remainder of McMaster's residency programs, noted Elizabeth Shaw, education coordinator and professor in the Department of Family Medicine and a member of the CFPC working group who developed Triple C.

"We both have entrustable professional activities or EPAs, for example, but we do not have milestones, so there is a broader expectation that those EPAs will be realized over the two-year residency in a less linear timeline," said Shaw, who is also a McMaster medicine alumna. "Among the variables for the timing of completion of the EPAs are resident's interest and entry level skill set, the primary practice where they are placed, the order of their speciality experiences and the types of patients they see."

One challenge has been adapting the curriculum across the board as McMaster's family medicine residency program expands. As of spring 2018, there are 200 residents in six urban sites and six rural sites across Ontario.

"Some sites needed to be retrofitted and the curriculum tweaked based on such aspects as the availability of access to specialists in some areas," Shaw said.

A competency committee is being implemented for the department's July 1, 2018 cohort. This is considered to be the final major milestone in the phasing in of Triple C into family medicine residency training at McMaster.

Read the story on McMaster's transition to Competence By Design here.

This story originally appeared in the summer 2018 edition of the Faculty's magazine, Network.