Dr. Russell Joffe, former dean and vice-president of the Faculty of Health Sciences at McMaster University, is being remembered for his intelligence, leadership and larger-than-life presence. 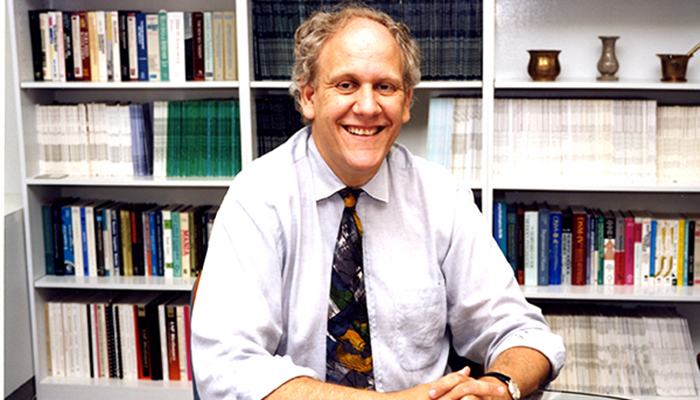 Dr. Russell Joffe, former dean and vice-president of the Faculty of Health Sciences at McMaster University, is being remembered for his intelligence, leadership and larger-than-life presence.

Joffe was chair of the Department of Psychiatry and Behavioural Neurosciences at McMaster from 1994 until 1997, and dean and vice-president from 1997 to 2000.

"Dr. Joffe is highly regarded and respected as a past dean and vice-president of our Faculty," said Paul O'Byrne, dean and vice president of the Faculty of Health Sciences. "In addition, his important work as a researcher as well as a clinician made a difference in countless lives."

Joffe is regarded internationally for his research on the regulation of mood and the biology of mood disorders. His clinical work focused on the use of thyroid hormones to treat refractory depression.

While at McMaster, Joffe was a member of the McMaster Regional Mood Disorders Program which won the 1998 American Psychiatric Association's Psychiatric Services Achievement Gold Award.

"Russell was an influential and respected leader, colleague, scientist and mentor, and a major figure in the history of our medical school," said Dr. Nick Kates, chair of the Department of Psychiatry & Behavioural Neurosciences.

Joffe appointed Dr. John Kelton the chair of medicine in 1997. Kelton, now also the former dean and vice-president of the Faculty, said Joffe was a very good dean.

"He believed in scholarship, but the one thing that made McMaster health sciences different from every other place in Canada was the intensity of its research," Kelton said. "He was intent on building that up."

Kelton noted that likely due to Joffe's training in psychiatry, he was a superb listener. He spoke softly with a low voice and had a delightfully subtle sense of humour.

"He always had his legs crossed when he sat, with a clipboard on his lap," said Kelton. "You didn't quite know if you were a patient or not."

After leaving McMaster, Joffe was dean of the Rutgers New Jersey Medical School at the University of Medicine and Dentistry of New Jersey. Most recently, he was the chair of psychiatry and behavioral science at Staten Island University Hospital in New York.

A memorial service is being held on September 17 at the Bernheim Apter Kreitzman Suburban Funeral Chapel in New Jersey.

In lieu of flowers, donations may be made to Memorial Sloan Kettering Cancer Center or McMaster University Faculty of Health Sciences Fund.