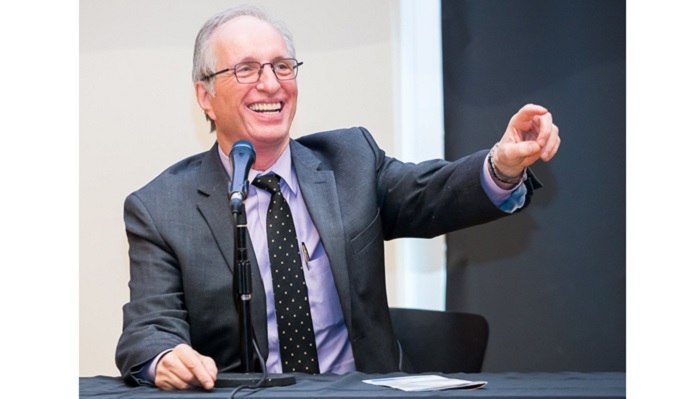 Congratulations to Dr. Hertzel C. Gerstein on being the recipient of the 2022 Outstanding Achievement in Clinical Diabetes Research Award, which will be presented at the American Diabetes Association (ADA)’s 82nd Scientific Sessions June 3-7, 2022 in New Orleans. The award recognizes exceptional contributions in patient-oriented clinical outcomes research that have had a significant impact on diabetes prevention and treatment. Dr. Gerstein co-led the first cardiovascular trial with a large diabetes cohort (MICROHOPE) and his discoveries related to ACE-inhibitors, Thiazolidinediones and Insulin have been transformative in understanding diabetes and cardiovascular outcomes.

Dr. Gerstein is a Professor in the Division of Endocrinology & Metabolism, Department of Medicine, and Hamilton Health Sciences, where he holds the Population Health Research Institute Chair in Diabetes. He is also Director of the Boris Clinic Diabetes Care and Research Program, Deputy Director of the Population Health Research Institute, and a Fellow of the Canadian Academy of Health Sciences.

Dr. Gerstein pioneered and firmly established international long-term patient-important cardiovascular outcomes trials as the norm for clinical diabetes research. Indeed, his trans-disciplinary perspectives and collaborations enabled him to design and lead many such trials, that collectively included more than 90,000 people with either diabetes or prediabetes. These trials were supported by the US National Institute of Health, the Canadian Institutes of Health Research, other Canadian peer-review agencies, and by industry. Together, they have substantially expanded the evidence-base pertaining to the prevention and treatment of diabetes and its consequences, and some of their findings have provided the evidence base for international diabetes guidelines and novel drug indications that have improved the lives of people living with diabetes or prediabetes.

His research has been published in over 550 peer-reviewed papers, reviews, and commentaries, in high impact journals, and his h index is 94. In 2016 he wrote and produced a widely viewed music video to mitigate the impact of diabetes on affected people and their families. Throughout his career, he’s received many awards, including the Canadian Diabetes Association’s Lifetime Achievement Award.