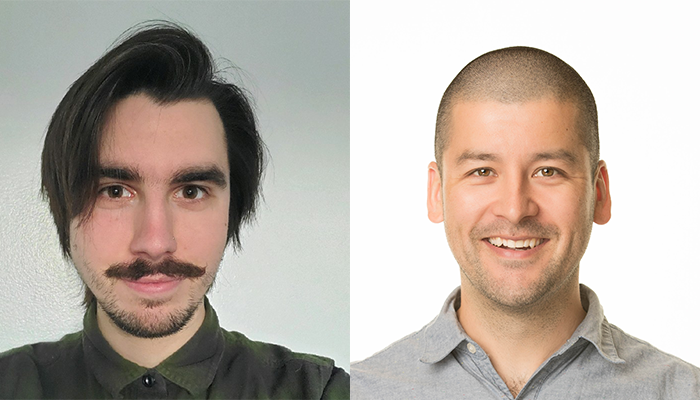 In this paper published in the European Respiratory Journal, Matthew Fantauzzi and Dr. Jeremy Hirota have analyzed how the endocannabinoid system, the main signaling pathway which responds to cannabis compounds, is differentially regulated due to sex or respiratory disease status.

Canada’s recent legalisation of cannabis in 2017 has enhanced its availability for recreational and medicinal consumption. Despite this, the physiological impacts of cannabis consumption have not been fully elucidated. Given that smoke inhalation is a main route of cannabis delivery and that males are reported to consume cannabis more frequently, it is important to examine what components of the endocannabinoid system are expressed in human airway epithelial cells and assess whether this can be affected by sex or respiratory disease status.

In this work, Fantauzzi et al. used bioinformatic tools to analyze the expression of 32 genes related to the endocannabinoid system in 1,090 human airway epithelial cell samples isolated from the bronchial brushings of male and female healthy subjects, and individuals with asthma or chronic obstructive pulmonary disease (COPD). Their findings show that the cannabinoid receptors CB1, CB2 and TRPV1 are expressed at the gene and protein levels in human airway epithelial cells. Further, a greater proportion of genes were differentially expressed due to asthma or COPD status compared to sex. Out of all the genes analyzed, the TRPV1 gene was the most differentially expressed being elevated in subjects with asthma compared to healthy controls.

These findings have furthered our understanding of how the airway epithelium responds to cannabis exposure in these populations and lays a foundation for further research in studying the responses to cannabis smoking.