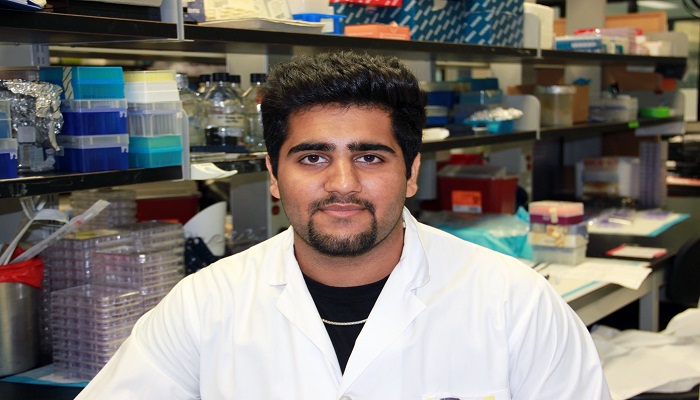 HSV-2 is one of the most common sexually transmitted viral infections worldwide. Prior to this research, Dr. Kaushic’s lab demonstrated that expression of TRIM26, a negative regulator of the type I interferon pathway, is upregulated in human vaginal epithelial cells after infection with HSV-2. In this work, the authors goal was to determine whether TRIM26 also plays a role in regulating HSV-2 viral replication and immune evasion.

To test this, Dhawan et al. generated TRIM26 knockout and TRIM26 overexpressing human vaginal epithelial cells lines and infected them with HSV-2 in vitro. While expression of TRIM26 did not alter the initial internalization of virus, the viral load was significantly higher in TRIM26 overexpressing cells. Next, the authors assessed the impact of TRIM26 expression on innate antiviral responses to HSV-2 infection. Interestingly, TRIM26 knockout significantly increased the production interferon- and expression of downstream antiviral interferon-stimulated genes (ISGs) pre- and post-HSV-2 infection. Specifically, this was due to increased phosphorylation of IRF3, a major mediator of IFN-B production and ISG activation.

Altogether, this recent work has uncovered a novel mechanism of immune escape by HSV-2 and suggests that TRIM26 could be targeted to unleash innate antiviral immunity against HSV-2 infection.