Four alumni of McMaster's School of Rehabilitation Science were honoured with the Distinguished Alumni Award last week, which recognizes graduates who display leadership, achievement and contributions to the areas of scholarly activity, education, clinical practice or the community at large.

They took the school's Distinguished Alumni Award which recognizes graduates who display leadership, achievement and contributions to the areas of scholarly activity, education, clinical practice or the community at large.

Recipients are selected in each of school's programs of occupational therapy, physiotherapy, rehabilitation science, and health management.

The Distinguished Alumni Award was established in 2012 in conjunction with the McMaster's 125th anniversary and the 20th class graduating from the School of Rehabilitation.

The 2017 Distinguished Alumni Award recipients are:

Dada is the founder and president of SMILE Canada, a non-profit that provides support and develops awareness of the limitations faced by children living with disabilities in the Muslim community. She is passionate about helping Muslim communities become physically and socially accessible and inclusive. As such, she has served Muslim communities in Canada and the United States for more than 10 years and has been part of many Muslim organizations. Dada started her PhD this fall, and recently partnered with his sister, Akila, to publish a children's book, entitled A Bedtime Prayer for Peace. 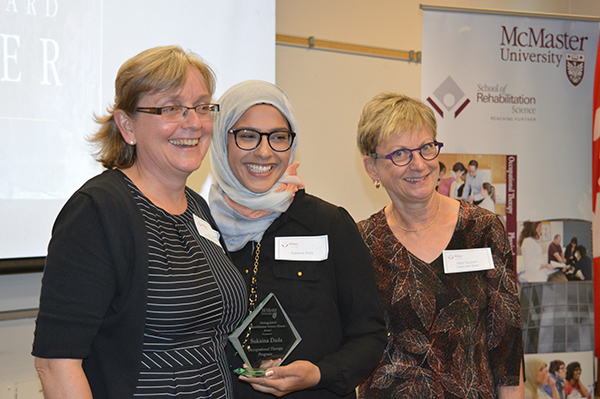 Kirkness-Asche contributed to the profession of physiotherapy as a skilled clinician, outstanding researcher and an exemplary mentor to students and staff. She established herself as a tenure-track assistant professor of medicine at the University of Illinois College of Medicine at Peoria, where she was also the assistant director of the Centre for Outcomes Research and assistant professor of nursing at the University of Illinois at Chicago. Her research encompassed health outcomes with respect to post- surgical orthopedics, mobility and cancer, back pain, and osteoarthritis. She passed away in April 2017 and was nominated posthumously by her colleagues in the physiotherapy class of 1994. 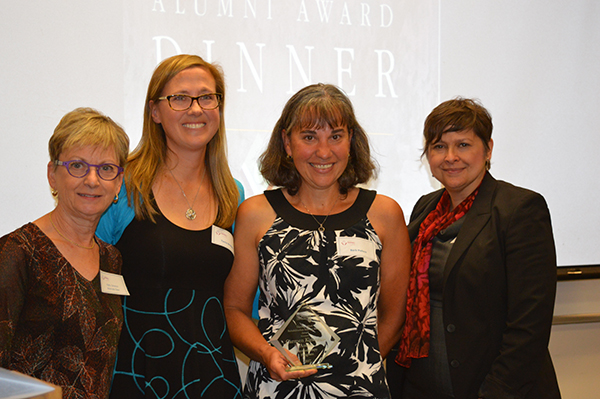 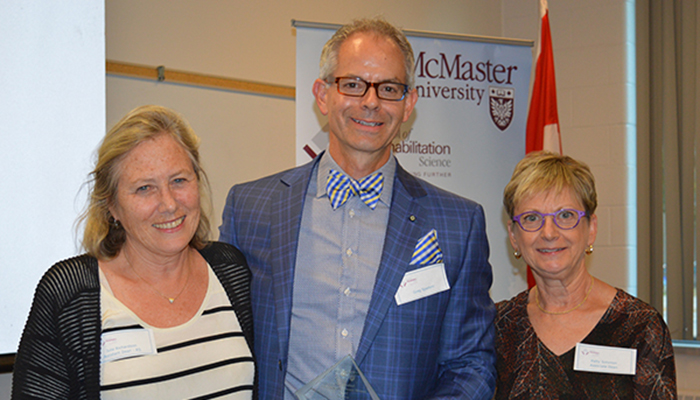 Hill is admired among her peers as a fierce advocate of the need for dietetic services both in her current workplace, and, in mental health settings in general. She has practised as a registered dietitian for the past seven years at Waypoint Centre for Mental Health Care in Penetanguishene, Ont. In addition to her commitment to advancing dietetic practice at the Centre, she has also made a strong contribution to clinical practice through her scholarly activities. Among these activities are practiced-based research projects focused on enhancing clinical practice. 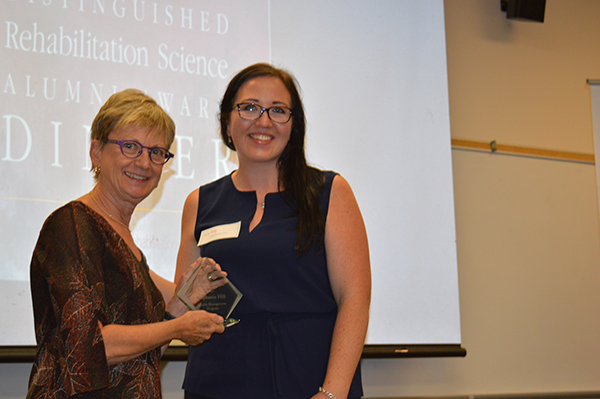