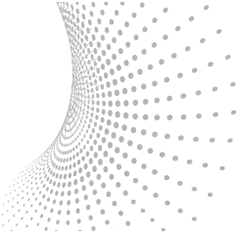 The Charlton Campus is home to the Firestone Institute for Respiratory Health, the Centre for Minimal Access Surgery, Institute and the much-respected Father Sean O'Sullivan Research Centre with its satellite organization the Centre for the Evaluation of Medicine.

Locating research facilities inside the hospital's front doors reflects our drive to integrate basic and clinical research. Bringing research to the bedside also strengths our partnerships with McMaster University's Faculty of Health Sciences and Mohawk College.

The Juravinski Hospital began as the Mount Hamilton Hospital in 1917, serving the veterans of the first war and opened as the Henderson General Hospital in 1954 as a 322-bed hospital serving chronic and convalescent patients.

Through the years, the Juravinski Hospital has become an integral part of the mountain community as the region's of excellence for cancer and orthopedic care and a full-service general hospital.

Founded in 1848 as the first hospital in Hamilton, Hamilton General Hospital has grown to become a leading healthcare provider, not only for the downtown community of but for the entire South Central Ontario region. With state-of-the-art facilities, the General is recognized as a regional of excellence in cardiovascular care, neurosciences, trauma and burn treatment.

Committed to the principles of patient- and family-centered care, Hamilton General Hospital is a tertiary care serving people from Burlington to Brantford and Niagara Falls to Guelph. The Hamilton General has one of the province's few Burn Units and an Integrated Stroke Unit caring for acute and rehabilitation patients. Patients who require open-heart surgery or cardiac catheterization are also served by the General's innovative and integrated approach to care.

The General is also home to leading-edge research. Hamilton Health Sciences' new David Braley Cardiac, Vascular and Stroke Research Institute is the new home to the Population Health Research Institute (PHRI) and the Henderson Research and will do wonders to enhance cardiovascular research. The PHRI at the General conducts and co-ordinates international clinical trials to improve the health of people in Hamilton and around the world.

MUMC has one of Canada's most innovative Digestive Diseases programs, focused on specialized medical, surgical and research aspects of care. In conjunction with McMaster University, this program conducts more research into digestive diseases than any other program in the country.

MUMC delivers a wide range of Women's Health services, including high-risk obstetrics and gynecology, to patients from a broad region. MUMC is also home to many of the programs and services of McMaster Children's Hospital.

Our staff is committed to providing the best health care for our patients and their families in an environment that promotes health and fosters learning and innovation.