Gina Browne was a trailblazer in advancing evidence-informed innovations in care and service delivery for vulnerable populations. 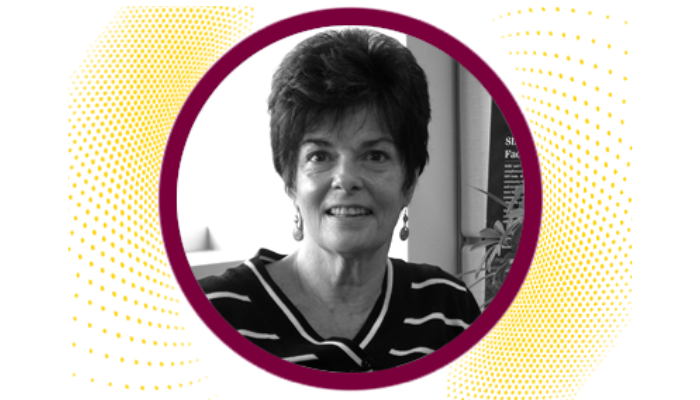 She was a trailblazer in advancing evidence-informed innovations in care and service delivery for vulnerable populations during her tenure at McMaster University. As well as being a Professor Emerita at the School of Nursing (SON), she was an associate member of the Department of Health Research Methods, Evidence, and Impact.

Browne was born in in Louisville, Kentucky, in 1947, obtained her BSc in nursing from Spalding University in her hometown and her MSc in the same subject in Boston, before joining the SON in 1971. She retired as Professor Emerita in 2015.

She was a champion of integrated care and founded the Health and Social Service Utilization Research Unit in 1991, funded by the Ontario Ministry of Health and Long-Term Care, which she directed for the next 25 years.

“Dr. Gina Browne was an extraordinary scholar, teacher and mentor who challenged students to think in new ways. She used an engaging approach in all her interactions that endeavored to bring out the best in everyone,” said Maureen Markle-Reid, Professor Emerita at the SON.

“She was a dynamic and visionary leader devoted to improving the lives of vulnerable populations, defined as those with complex medical problems exacerbated by social needs and other health disparities,” Markle-Reid said.

Browne used her clinical insights from nursing and family therapy to inform innovative programs of prevention, intervention, and clinical science. A lifelong pragmatist, utilitarian and exponent of social welfare, she was especially invested in devising and evaluating programs, particularly for vulnerable families who relied on both health and social services.

Browne’s accomplishments were well-recognized and among her numerous accolades was the 2005 recipient of the National Award for Excellence in Nursing Research from the Canadian Association of Schools of Nursing.

In 2012, she was inducted as a Fellow into the Canadian Academy of Health Sciences. The following year, she received the Excellence through Evidence Award of the Canadian Foundation for Healthcare Improvement.

In 2019, four years after retiring, Browne was inducted into the Faculty of Health Sciences’ Community of Distinction.

While Browne’s research on service delivery and care is now informing clinical practice worldwide, she also mentored many students who went on to become educators themselves.

“Gina was a spellbinding educator, whether it was a problem-based learning course, lecture, or at a conference. She had an amazing presence and ability to excite, engage, and inspire learners across all disciplines,” said Denise Bryant-Lukosius, a professor of the SON.

“I was fortunate to be mentored by Gina in problem-based learning and she sits on my shoulder in every class I teach. Her approaches to strengthen student learning and their professional and personal development by uncovering the often-unspoken challenges and truths of nursing practice, remain with me today.”