The McMaster University community is remembering Michael Gent, professor emeritus in the Department of Health Research Methods, Evidence, and Impact (HEI) and renowned biostatistician, who passed away on October 20, 2020. He was 86. 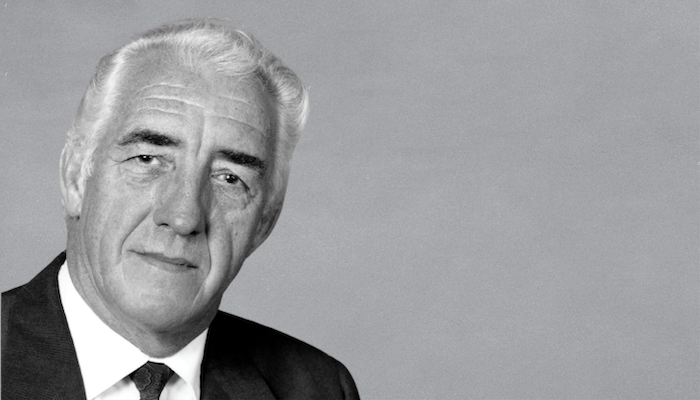 The McMaster University community is remembering Michael Gent, professor emeritus in the Department of Health Research Methods, Evidence, and Impact (HEI) and renowned biostatistician, who passed away on October 20, 2020. He was 86.

A native of Newcastle, England, Gent joined McMaster in 1969, where he quickly earned himself the reputation as a rigorous scientist who inspired everyone he came to know. A foremost authority on clinical trial design and execution, Gent played a significant role in putting McMaster on the map as the home of randomized clinical trials in Canada and one of the preeminent sites of excellence in clinical trials globally.

“Mike Gent was a giant among biostatisticians, and we were extremely fortunate to attract him to McMaster in the early days of the medical school,” said Paul O’Byrne, dean and vice-president of the Faculty of Health Sciences. “As a founding member of Canada’s first Department of Clinical Epidemiology and Biostatistics, a department he subsequently chaired, he built the university’s international reputation for setting the gold standard in health research methodologies, which is sustained as his legacy today.”

Along with chairing the Department of Clinical Epidemiology and Biostatistics, now HEI, Gent’s 33 years at McMaster included serving as associate dean of research for the Faculty of Health Sciences. He also spent a term as the vice-president of the Medical Council of Canada.

But conducting trials and publishing results that informed clinical practice was where his interest and passion centred, which would lead him to establish McMaster’s Clinical Trials Methodology Group. The first of its kind in Canada, the group redefined the way medical research was conducted and disseminated, including landmark randomized trials that earned McMaster its global reputation for cardiovascular research and care.

Gayle Lewis worked as part of Gent’s Clinical Trial Methodology Group from 1993 to 2005.

“Although I did not report directly to Mike Gent, I knew him very well,” Lewis said. “He was highly respected by everyone at the group, within the department and by many others around the world. He was very kind; always had a smile on his face and was very proud of all his staff. He will be missed by family and friends everywhere.”

Former colleagues said they will remember Gent for his humility, kindness and unrivalled sense of humour.

“With each new trial, Mike would change the licence plate on his car to showcase the trial acronym. I used his licence plates to keep up with his accomplishments,” said Jeffrey Weitz, professor of medicine at McMaster. “For me, however, Mike was a mentor and friend. He taught me about clinical trial design and methodology, and he helped me with data analysis and interpretation. I am forever grateful to him and to the rich legacy that he left behind. I will miss him.”

Salim Yusuf, director of the Population Health Research Institute (PHRI) and professor of medicine at McMaster, added: “Mike Gent was a kind and warm individual who helped many younger investigators, including me. He combined rigorous knowledge of methods with the practical ability to implement these into studies that were being conducted … and he left a considerable legacy.”

In 2004, one year after retiring from the university, Gent was honoured by the establishment of the Michael Gent Professorship in Healthcare Research, adding further prestige to HEI and providing enduring funding to strengthen its faculty.

Giving back to the institution where he built his career was an easy decision, Gent told friends and former colleagues at the time.

"It was a tremendous opportunity to be involved in the development of a new school and new programs, a terrific opportunity to make a contribution,” he said. "I’m honoured that the professorship will bear my name."

Four years later, Gent returned to McMaster, this time from his home in Scotland, and made another significant donation to convert the professorship into an endowed chair, which again was named in his honour.

Brian Haynes, professor emeritus in HEI and Gent’s former student, was the first holder of the Michael Gent Chair in Healthcare Research.

“Mike Gent was a world-class biostatistician and a key contributor to the foundation, fame and fortune of the Faculty of Health Sciences. He was a hugely successful clinical trialist, collaborating with Jack Hirsh and other members of the McMaster hemostasis/thrombosis group that has led the world in ‘clot’ research for many years,” said Haynes.

Michael Gent is survived by his wife, Betty, their two children, Heather and Steven, and their seven grandchildren.

Tributes from friends and former colleagues

“Advancing research methodology is a core function of HEI. Ensuring that current and new generations of researchers, and the world at large, will follow in the amazing footprints left behind by giants like Mike Gent is our mission, and our tribute to their amazing contribution to health research and care.”

Alfonso Iorio, chair, professor and Michael Gent Chair in Healthcare Research in the Department of Health Research Methods, Evidence, and Impact at McMaster

“Mike had many outstanding qualities. He was generous with his time, whether it be to help a faculty member, graduate student or nursing student. He was the most sought-after statistical consultant at McMaster, but above all, he was a wonderful loyal friend and colleague.”

Jack Hirsh, professor emeritus in the Department of Medicine at McMaster

“Mike Gent was one of those rare people that even mentioning his name brought a smile to your face. His Geordie accent coupled with the curiously halting cadence to his speech masked an extraordinarily nimble and analytical mind.”

John Kelton, former dean and vice-president of the Faculty of Health Sciences at McMaster

“Mike’s move to McMaster in 1969 can be largely put down to serendipity. One of his statistical colleagues at Bradford University was interviewed for a faculty position at McMaster but apparently spent much of the interview lauding Mike’s achievements. The interviewer politely thanked the colleague and pointedly asked how he could get in touch with this ‘Mike Gent’. Mike was ready for a career change, but it was meeting Dave Sackett and the opportunities presented by a joint appointment in the embryonic Faculty of Health Sciences that ultimately led to the move.”

Robin Roberts, professor emeritus in the Department of Health Research Methods, Evidence, and Impact at McMaster