Please refer to our Admissions webpage for detailed instructions on how to apply. The MPH program welcomes international and domestic students.

The Department of Health Research Methods, Evidence, and Impact (HEI) is pleased to offer the Master of Public Health (MPH) graduate program. The MPH program builds on HEI's expertise in health policy analysis and research within a public health framework.The program offers a new suite of research skills, knowledge and ready-to-apply practical experience to MPH graduates.

The MPH program mobilizes the department's strengths in: 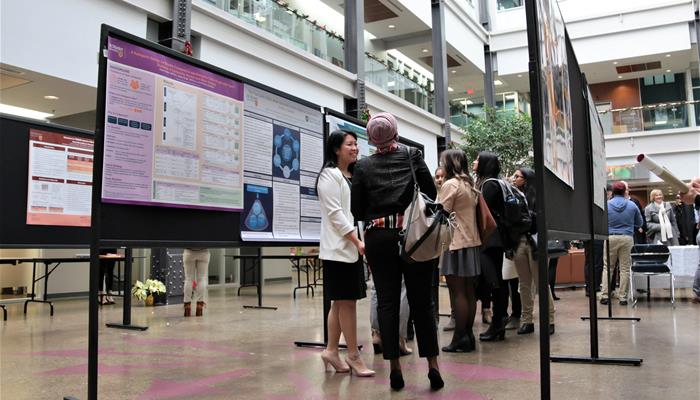 The Faculty of Health Sciences offers a wide variety of resources available to our students and staff.

Mar 5, 2021, 09:32 AM by Veronica McGuire
A $9.6-million investment by the Government of Canada in the Canadian Longitudinal Study on Aging (CLSA) will renew the infrastructure of its research platform, ensuring its progress in generating knowledge that promotes the health and well-being of older adults and informs the development of programs and policies for Canada’s aging population.

The McMaster University-based project was one of more than $35 million in research projects for the university announced this week.

This investment, made through the Canada Foundation for Innovation (CFI), will position the CLSA to build critical tools to help identify the early causes of chronic health conditions such as mobility impairment, disability and cognitive decline.

Launched in 2010, the CLSA is Canada’s largest study of aging following more than 50,000 individuals who were between the ages of 45 and 85 at recruitment, for 20 years.

“We are grateful to the Government of Canada for making this investment in improving the health of Canadians,” said Raina, a professor of Health Research Methods, Evidence, and Impact at McMaster and the Scientific Director of the McMaster Institute for Research on Aging.

“These funds will enable the CLSA to continue its work and help to establish a world-class research platform that advances the science of aging, generates new knowledge and ultimately increases healthy lifespan, or the length of time that individuals are in good health, free of disease or disability.”

The CFI funds will be used to renew infrastructure at the CLSA’s 11 data collection sites and four telephone interview centres. It will also support existing infrastructure, including the National Coordinating Centre and the Biorepository and Bioanalysis Centre, based at McMaster University, the Data Curation Centre, based at the Research Institute of McGill University Health Centre, the Metabolomics Centre at McGill University and the Epigenetics Centre at the University of British Columbia.

CLSA research initiatives that will be supported by the investment include:

Funding for the CLSA was announced March 4 as part of regional CFI announcement made by the Honourable Filomena Tassi, Minister of Labour and Member of Parliament for Hamilton West-Ancaster-Dundas.

“This investment in the Canadian Longitudinal Study on Aging will help seniors in Canada live longer, healthier lives,” Tassi said. “McMaster University is a topflight research institution and a huge contributor to our community in Hamilton through research and its engagement with the community on many levels.”

No items to display