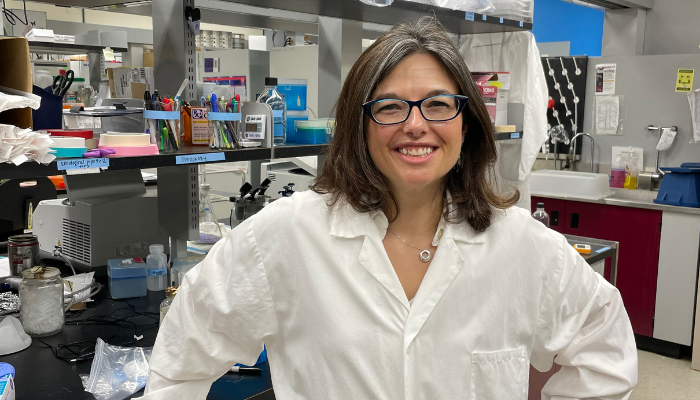 Dawn Bowdish, professor of medicine and the Canada Research Chair in Aging and Immunity

The research team found 17 per cent of almost 1,000 LTC residents had a confirmed post-vaccine Omicron infection between Dec. 15, 2021 and May 3, 2022. The majority of infections (68 per cent) occurred in people who had three Pfizer shots, while people who had had at least three Moderna jabs, or a combination of any three mRNA shots were less likely to have infections. Importantly, having any fourth dose reduced the risk of infection.

The study has been published by the preprint server medRxiv, which means it has not yet had peer-review to certify the results, but the information is available for scientific discussion.

“Mixing and matching vaccines is totally fine, but Pfizer has a certain brand recognition that is not supported by the science,” said Bowdish, a McMaster professor of medicine and the Canada Research Chair in Aging and Immunity.

“The best mitigation strategy we have is vaccinating everyone right at the start of a new COVID-19 wave. That way, people have lots of COVID-19 antibodies and infection rates are reduced. This holds true for both LTC residents and the general public.”

Bowdish also said that people seeing loved ones in LTC facilities should stick to outdoor visits where possible and wear masks to further reduce the risk of infection.

She said that many LTC residents are now on their third, fourth and even fifth COVID-19 infections, although the vaccines offer good protection against severe illness.

“Even with the vaccines, LTC residents can still get sick, and this is so disruptive to the rest of their care, especially with staffing still being a huge challenge,” said Bowdish.

She said the next step is discovering how well immunity from the first Omicron strain can protect against its sub-variants such as BA.5, which is rapidly spreading worldwide.

External funding for the study was provided by the Canadian COVID-19 Immunity Task Force and the Public Health Agency of Canada.