Please send letters of interest, with a curriculum vitae and names of three referees, to Professor Parameswaran Nair (parames@mcmaster.ca).

Applications are invited for the Frederick Hargreave Fellowship in Airway Diseases. This training program in clinical research (one year, potential extension for a second year), established to honour the late Professor Freddy Hargreave, would be based at the Firestone Institute of St Joseph’s Healthcare Hamilton and affiliated with McMaster University.

Applicants should have completed clinical training in either respiratory medicine or clinical immunology/allergy and should be eligible to obtain registration with the Post-graduate Medical Education of McMaster University and educational license from the College of Physicians and Surgeons of Ontario.

Preference would be given to candidates with a strong publication record. 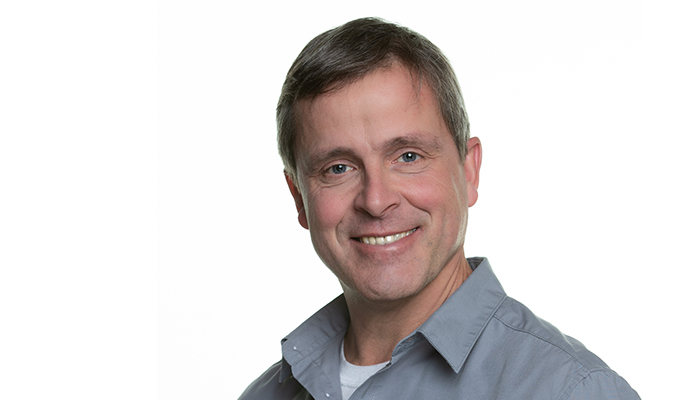 Martin Kolb, professor, Department of Medicine and Department for Pathology and Molecular Medicine

Kolb begins his five-year appointment as the inaugural Jack Gauldie Boehringer Ingelheim Chair in Interstitial Lung Disease (ILD) on July 1, and he will continue his ground-breaking research into this group of incurable and often-lethal respiratory illnesses.

His research will be significantly boosted by a grant from Boehringer Ingelheim (Canada) Ltd. to establish the endowed research chair.

"We are proud to support Canada’s first research chair in interstitial lung disease,” said Gabriel Kim, vice-president, medical and regulatory, Boehringer Ingelheim, Canada. “It is in our company DNA to explore new opportunities and invest in areas where innovation is critical to develop healthcare solutions in areas of significant unmet need.

“As a leader in the field of ILD research in Canada, Boehringer Ingelheim is committed to transform the lives of patients by taking a patient-centric approach in all that we do.”

“It’s a big honour to hold a chair named for my mentor Jack Gauldie, who is the reason I came to Canada in the first place,” said Kolb, professor of McMaster’s Department of Medicine and Department for Pathology and Molecular Medicine.

“Ultimately, you do something like this for the patients you care for and I want to continue being their advocate and helping them in any way I can.”

Originally from Schweinfurt, Germany, Kolb graduated from the Julius-Maximillian University Würzberg Medical School in 1991 and followed with his residency in clinical and anatomical pathology and general internal medicine at the same school.

Kolb’s partnership with Gauldie began in the mid-1990s at a medical conference in Germany, where Gauldie, a McMaster Distinguished University Professor, gave a lecture on lung diseases.

It led to an invitation for Kolb to join Gauldie in his McMaster lab in 1999, where Kolb completed his postdoctoral fellowship in molecular medicine.

Now Kolb is research director at the Firestone Institute for Respiratory Health at McMaster and St. Joseph’s Healthcare Hamilton, as well as division director for respirology at the Department of Medicine. He is also the European Respiratory Journal’s chief editor.

“Dr. Kolb is certainly one of the world’s best clinician-scientists in pulmonary fibrosis. He can investigate the disease using clinical trials, as well as work with the basic molecular biology. He truly is a man of all seasons,” said Gauldie, now a professor emeritus of pathology and molecular medicine and the McMaster Immunology Research Centre.

“He is not just a student and trainee but a colleague and friend.”

Kolb said pulmonary fibrosis remains a key research interest and one of the most common interstitial lung diseases, for which there is no cure and the survival rate is just three to four years.

Pulmonary fibrosis starts when scar tissue forms around the lungs’ air sacs (alveoli) and blocks oxygen uptake into the bloodstream. Its exact cause often remains unknown, although Kolb and his team are carrying out molecular profiling of human lung tissue, as well as conducting research on animal models.

Interstitial lung diseases include 200 different disorders, such as autoimmune disease, asbestosis and silicosis, all of which prevent oxygen entering the bloodstream from the alveoli.

The endowed chair has also been funded with a commitment by the Faculty of Health Sciences to match the Boehringer Ingelheim funds.

“Dr. Kolb has already made very major and impactful contributions to understanding the mechanisms and treatment of interstitial lung disease,” said Paul O’Byrne, dean and vice-president of the Faculty of Health Sciences and a respirologist.

“His research focuses on models of lung injury and repair, lung matrix homeostasis in fibrosis and emphysema, and he continues to be very involved in clinical trials on pulmonary fibrosis.”