A study led by a McMaster University researcher is warning that forceps and vacuum deliveries are causing serious trauma to both newborns and mothers. 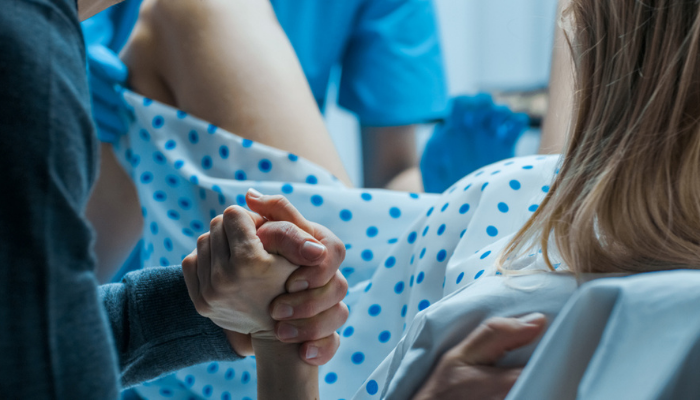 A study led by a McMaster University researcher is warning that forceps and vacuum deliveries are causing serious trauma to both newborns and mothers.

Operative vaginal delivery (OVD) refers to using forceps or vacuum in the second stage of labour if it has stalled, the fetus is at risk, or to avoid pushing in people with certain health conditions.

Forceps and vacuum deliveries make up 10 to 15 per cent of all deliveries in Canada, Australia and the United Kingdom, based on guidelines that recommend OVDs be performed by trained health-care professionals.

"The risk associated with OVD is heavily dependent on the care provider's expertise, and the declining use of OVD in favour of caesarean delivery has reduced opportunities for acquiring proficiency in performing these deliveries, especially with forceps," said lead author Giulia Muraca, a perinatal epidemiologist and assistant professor in the departments of obstetrics and gynecology and health research methods, evidence, and impact.

Researchers found that maternal trauma, such as severe perineal tears (between the vagina and anus), occurred in a quarter of forceps deliveries and in one in eight vacuum deliveries.

"These high rates call for a reassessment of the safety of OVD, not just in Canada, but in all settings where the rates of OVD and the opportunities for training in OVD are changing,” the authors said.

“Although OVDs may be associated with low rates of morbidity in carefully selected circumstances, the high rates of trauma following forceps and vacuum deliveries, documented across regions, levels of obstetric care and hospitals, show that such ideal conditions do not apply to obstetric practice in Canada," they conclude.

A detailed report of findings among individual hospitals in Canada was also published by the study authors and the Team for Improving Perinatal Health Care Regionalization, funded by the Canadian Institutes of Health Research. The report can be read at https://phsr.obgyn.ubc.ca/operative-vaginal-delivery.