A COVID-19 ‘spit test’ that can deliver results in 10 minutes and be taken at home is rolling out worldwide after being developed by scientists at McMaster University. 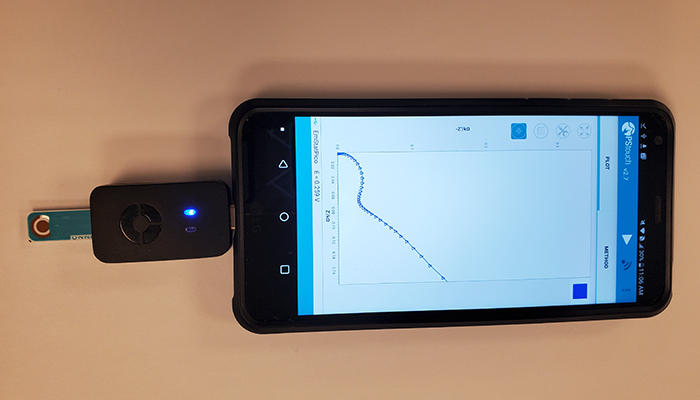 A COVID-19 ‘spit test’ that can deliver results in 10 minutes and be taken at home is rolling out worldwide after being developed by scientists at McMaster University.

Unlike current tests that require healthcare professionals to take swabs from nostrils and throats, the new procedure only needs a small saliva sample and is similar to a glucose test.

“If we can get this test into the market, it can save millions of lives around the world. There are a lot of asymptomatic carriers who can now be tested and isolated,” said Yingfu Li, professor of biochemistry and biomedical sciences at McMaster.

They added that current COVID-19 tests are often inaccurate and can take up to 48 hours to give a result, which is not useful for people who need to travel or attend in-person events on short notice.

The new test is also better for children, who may not like nurses or doctors sticking swabs in their mouths and noses. To date, it’s been found to have 100 per cent specificity, meaning it would not erroneously classify anyone who is disease-free as having the disease.

“We would like to congratulate Dr. Li and his entire McMaster team on this extraordinary accomplishment,” said ZEN CEO Greg Fenton.

“During the pandemic we have all become acutely aware of the importance of early detection to help reduce transmission of the SARS-COV-2 virus – and we believe this non-invasive test is truly differentiated with its combination of accuracy, speed, ease of use, scalability and affordability.

“The reopening of the global economy will benefit from mobile, fast, highly accurate and inexpensive testing and we expect this new technology to help facilitate this, including the ability to rapidly adapt new variants into the test.”

He added: “This is the start of what we know will be a long and prosperous collaboration between McMaster and ZEN. We are actively engaging with research organizations, government and other potential partners to bring this technology to market as quickly and effectively as possible.”

The McMaster team will update the test as needed to detect any new variants.

“This is exactly what we need at this point as we go back to normalcy. It’s simple and rapid,” said Soleymani.

The project was funded by the Canadian Institutes of Health Research and McMaster University.

Department of Biochemistry and Biomedical Sciences